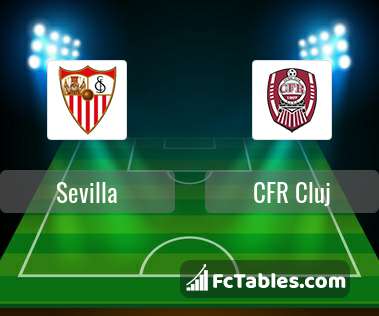 The match Sevilla-CFR Cluj Europa League will start today 20:00. Referee in the match will be .

Sevilla takes place, which promoted to the European cups. Form team looks like this: In the last 5 matches (league + cup) gain 0 points. From 2 matches can't win a match. In this season games Europa League the most goals scored players: Munir El Haddadi 5 goals, Munas Dabbur 3 goals, Franco Vazquez 2 goals. They will have to be well guarded by defense CFR Cluj. Players Munir El Haddadi 2 assists, Munas Dabbur 2 assists, Franco Vazquez 1 assists will have to be very well guarded by defenders CFR Cluj, because they have the most assists.

CFR Cluj takes place, which promoted to the European cups. CFR Cluj in 5 last matches (league + cup) have collected0 points. from 2 matches team have not been defeated. The best players CFR Cluj in Europa League , who scored the most goals for the club: Ciprian Ioan Deac 3 goals, Billel Omrani 1 goals, Damjan Djokovic 1 goals. Players with the most assists: Ciprian Ioan Deac 3 assists.

Direct matches: usually ended with winning of CFR Cluj. Balace of both teams games are: 0 won Sevilla, 0 wins CFR Cluj, 1 draws. In 0 matches the sum of the goals both teams was greater than 2.5 (Over 2.5). On the other hand, 1 matches teams scored more than 1.5 goals (Over 1.5). In 1 matches the both teams have shot at least one goal. 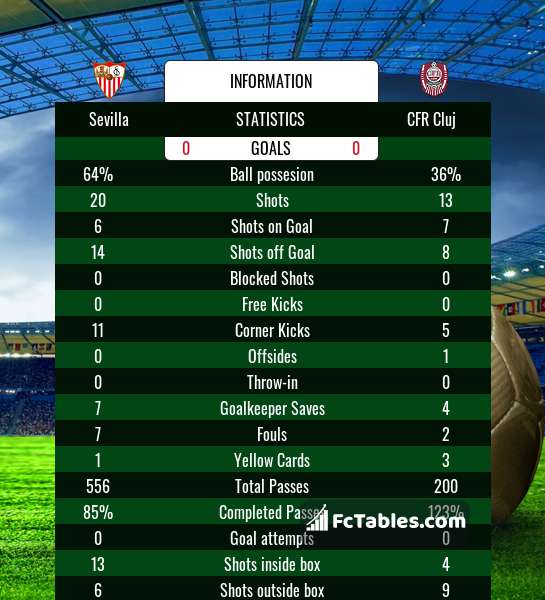 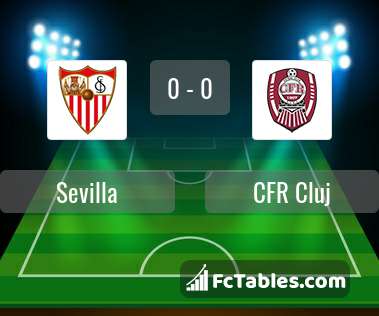