The match Arsenal-SSC Napoli Europa League will start today 19:00. Referee in the match will be Alberto Undiano.

In Arsenal not occur in the match due to injury: Hector Bellerin, Rob Holding, Danny Welbeck. 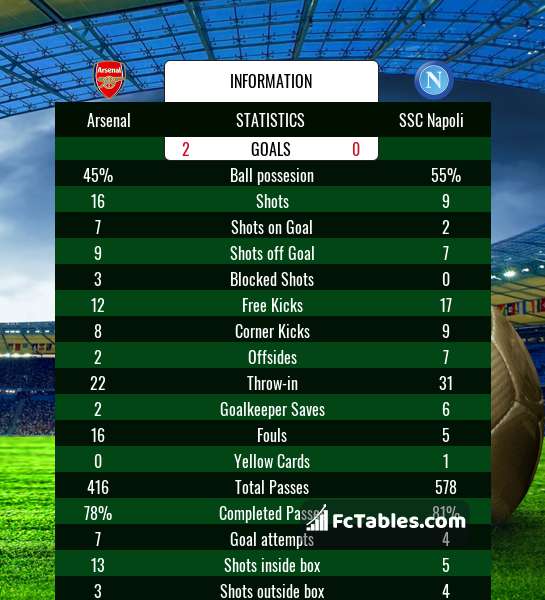