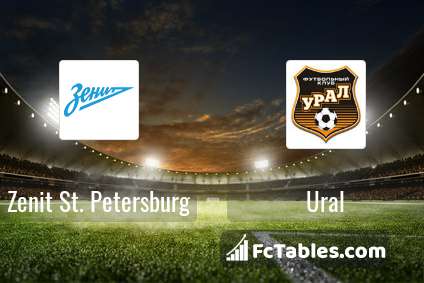 The match Zenit St. Petersburg-Ural Premier League will start today 13:30. Referee in the match will be .

Team Ural is located in the middle of the table. (10 place). In 5 last games (league + cup) Ural get 6 points. Ural from 2 matches can not beat any rival. Players Ural in Premier League with the highest number of goals: Eric Cosmin Bicfalvi 5 goals, Othman El Kabir 4 goals, Vladimir Iljin 4 goals. Players , Othman El Kabir 2 assists, Vladimir Iljin 1 assists will have to be very well guarded by defenders Zenit St. Petersburg, because they have the most assists.

If you want to compare this teams or you looking for more stats H2H Zenit St. Petersburg Ural
League table and stats click here 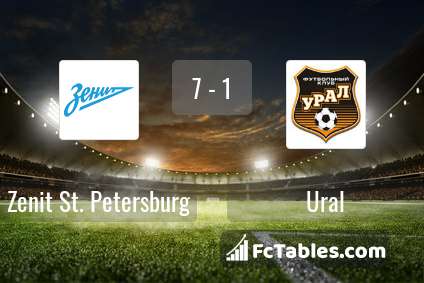 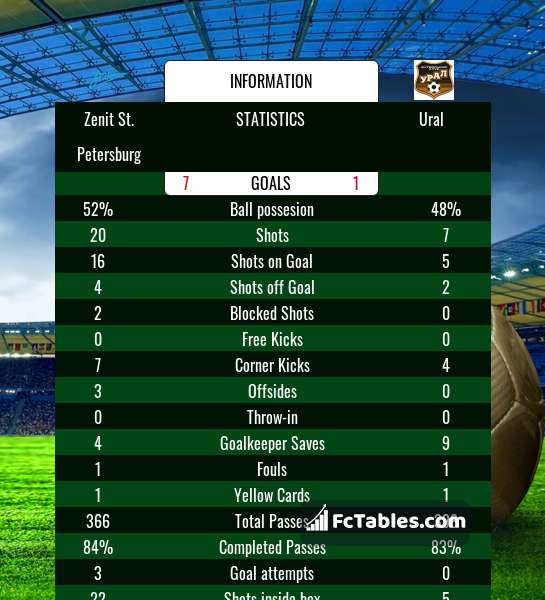