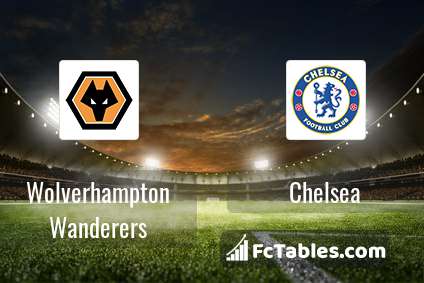 Kick off Wolverhampton Wanderers-Chelsea in Premier League on today 18:00. Referee in the match will be Stuart Attwell.

Team Wolverhampton Wanderers is located in the middle of the table. (13 place). Form team looks like this: In the last 5 matches (league + cup) gain 4 points. From 2 matches can't win a match. In this season games Premier League the most goals scored players: Raul Jimenez 4 goals, Pedro Neto 3 goals, Daniel Podence 2 goals. They will have to be well guarded by defense Chelsea. Most assists in the club have: , Pedro Neto 2 assists, Daniel Podence 2 assists.

Players Joao Moutinho will not be able to play in the match because of suspension (cards, etc.)

Team Chelsea is at the top place in the table (5 place). Form team looks like this: In the last 5 matches (league + cup) gain 10 points. Players Chelsea in Premier League with the highest number of goals: Timo Werner 4 goals, Kurt Zouma 4 goals, Jorginho 3 goals. Players Timo Werner 3 assists, Jorginho 1 assists will have to be very well guarded by defenders Wolverhampton Wanderers, because they have the most assists. 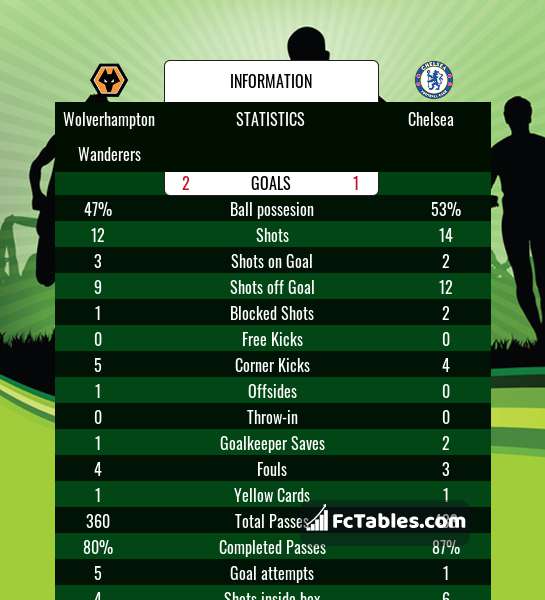 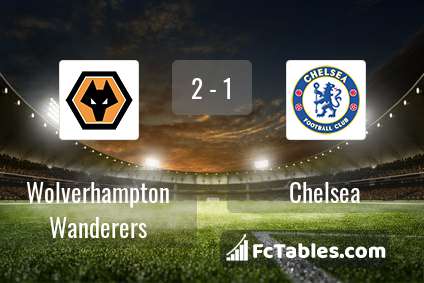 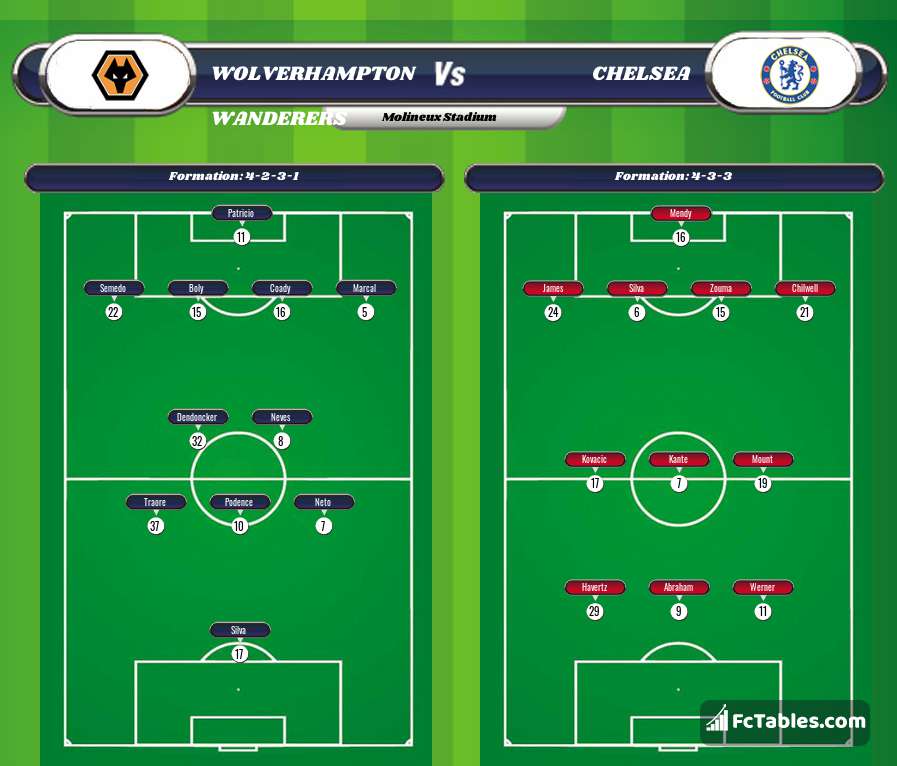