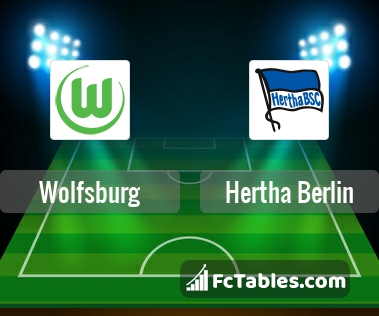 The match Wolfsburg-Hertha Berlin 1. Bundesliga will start today 09:30. Referee in the match will be Jochen Drees.

Team Wolfsburg is located in the middle of the table. (14 place). Wolfsburg in 5 last matches (league + cup) have collected4 points. Wolfsburg from 2 matches can not beat any rival. To defend Hertha Berlin the most demanding players will be Mario Gomez 3 goals, Ricardo Rodriguez 2 goals, Daniel Didavi 2 goals, because this season they scored the most goals for Wolfsburg of the entire composition. Most goals developed: , Ricardo Rodriguez 2 assists.

Team Hertha Berlin is at the top place in the table (4 place). In 5 last games (league + cup) Hertha Berlin get 10 points. From 5 matches away not known a taste of winning. Not lost the match from 3 games. In this season games 1. Bundesliga the most goals scored players: Vedad Ibisevic 8 goals, Salomon Kalou 3 goals, Valentin Stocker 2 goals. They will have to be well guarded by defense Wolfsburg. Most assists in the club have: Vedad Ibisevic 3 assists, Salomon Kalou 2 assists.

Players Vedad Ibisevic will not be able to play in the match because of suspension (cards, etc.)

Direct matches: usually ended with winning of Hertha Berlin. Balace of both teams games are: 10 won Wolfsburg, 10 wins Hertha Berlin, 7 draws. In 17 matches the sum of the goals both teams was greater than 2.5 (Over 2.5). On the other hand, 23 matches teams scored more than 1.5 goals (Over 1.5). In 18 matches the both teams have shot at least one goal. 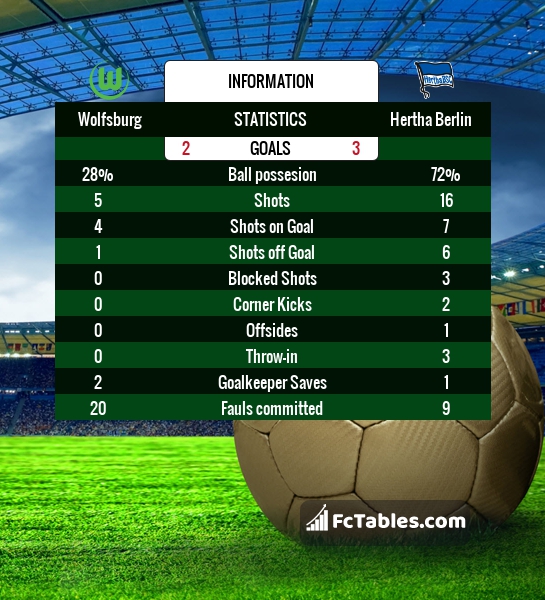 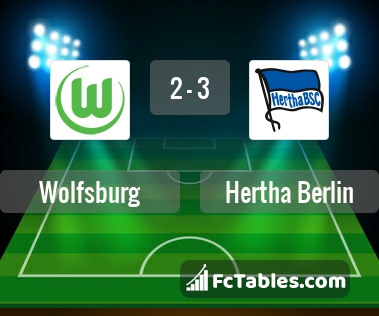 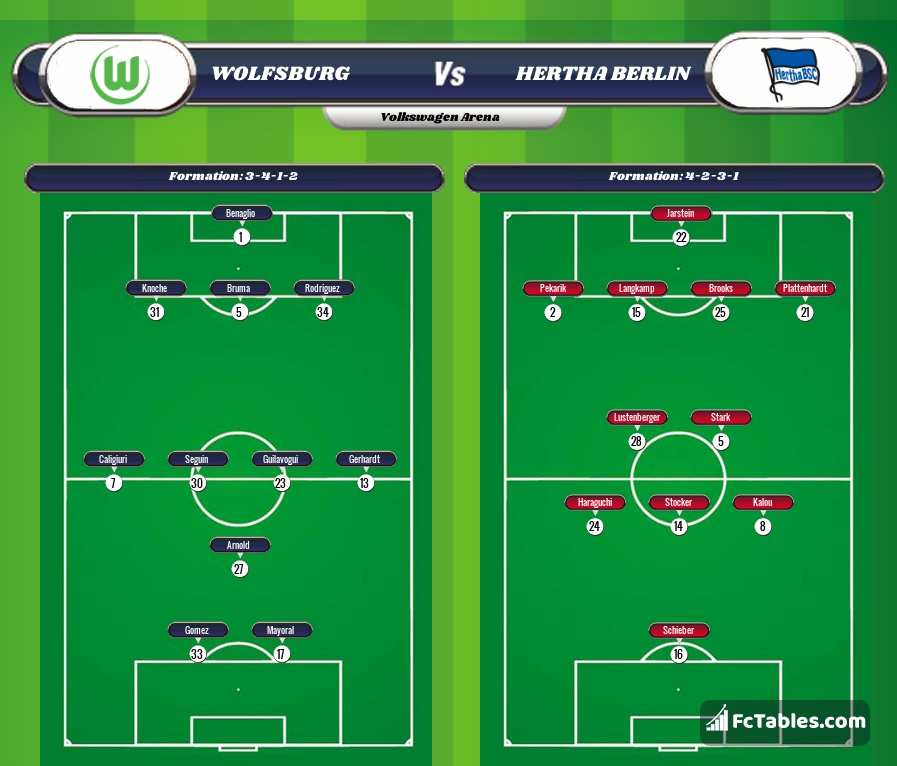