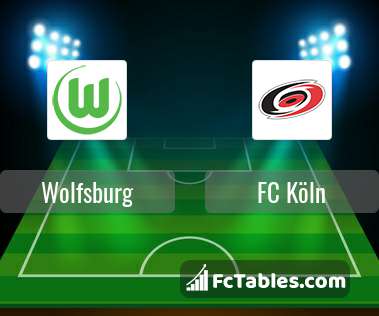 The match Wolfsburg-FC Köln 1. Bundesliga will start today 13:30. Referee in the match will be Robert Hartmann.

Team Wolfsburg is at the top place in the table (3 place). Wolfsburg in 5 last matches (league + cup) have collected12 points. Wolfsburg has not been defeated from 2 matches. To defend FC Köln the most demanding players will be Wouter Weghorst 17 goals, Renato Steffen 5 goals, Bote Baku 5 goals, because this season they scored the most goals for Wolfsburg of the entire composition. Most goals developed: Wouter Weghorst 5 assists, Renato Steffen 4 assists, Bote Baku 3 assists.

The match will not occur Paulo Silva because they are suspended (cards, etc.).

Team FC Köln is in the releagtion zone of the table. 16 position. Form team looks like this: In the last 5 matches (league + cup) gain 2 points. FC Köln from 6 matches can not beat any rival. Players FC Köln in 1. Bundesliga with the highest number of goals: Elvis Rexhbecaj 5 goals, Ondrej Duda 4 goals, Ellyes Skhiri 4 goals. Players Elvis Rexhbecaj 2 assists, Ondrej Duda 4 assists, Ellyes Skhiri 1 assists will have to be very well guarded by defenders Wolfsburg, because they have the most assists.

Direct matches: usually ended with winning of Wolfsburg. Balace of both teams games are: 13 won Wolfsburg, 6 wins FC Köln, 9 draws. In 17 matches the sum of the goals both teams was greater than 2.5 (Over 2.5). On the other hand, 23 matches teams scored more than 1.5 goals (Over 1.5). In 18 matches the both teams have shot at least one goal. 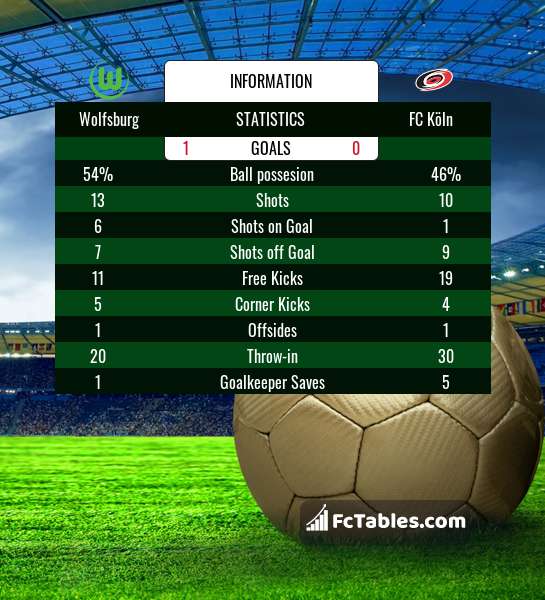 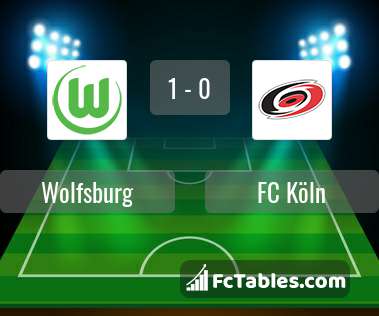 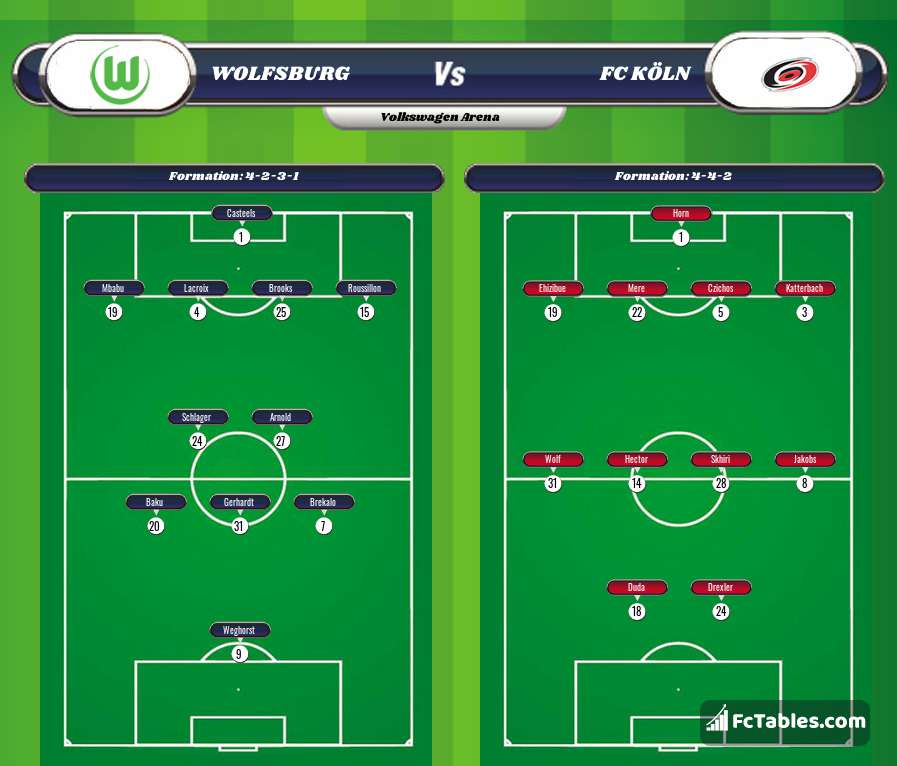