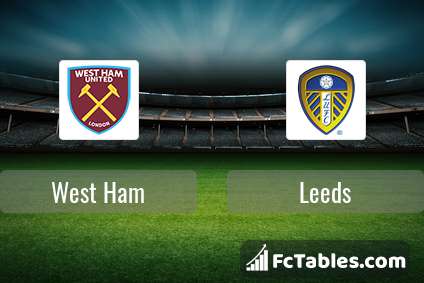 Team Leeds is located in the middle of the table. (11 place). In 5 last games (league + cup) Leeds get 6 points. Leeds from 2 matches away can not beat any rival. Players Leeds in Premier League with the highest number of goals: Patrick Bamford 13 goals, Jack Harrison 6 goals, Raphinha 5 goals. Players Patrick Bamford 5 assists, Jack Harrison 4 assists, Raphinha 5 assists will have to be very well guarded by defenders West Ham, because they have the most assists. 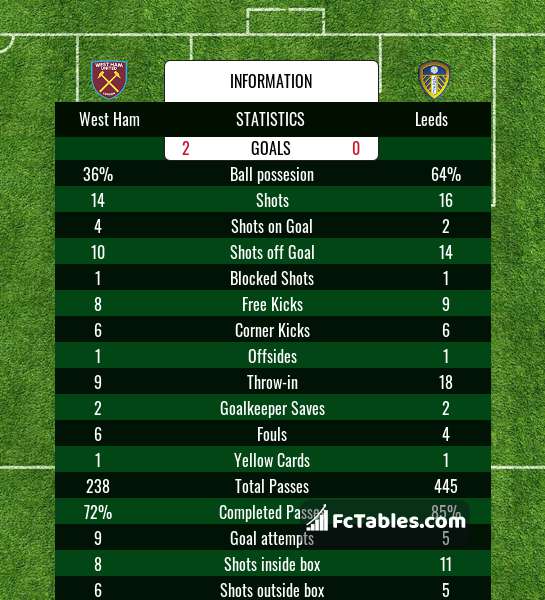 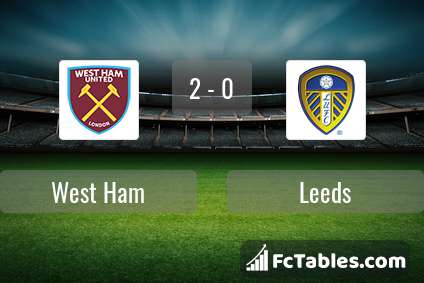 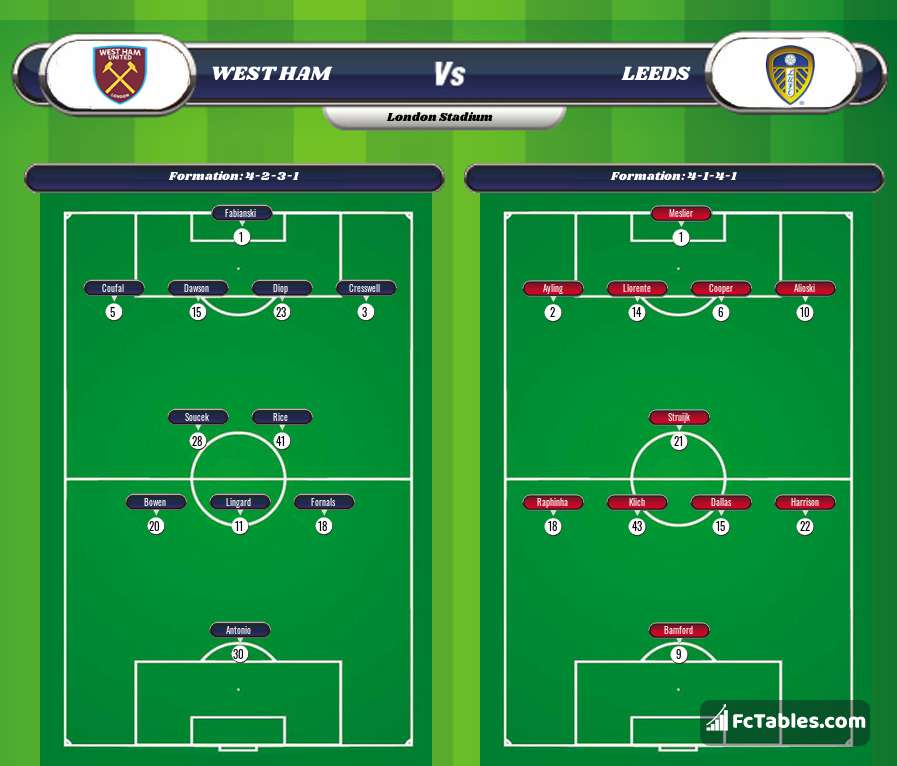