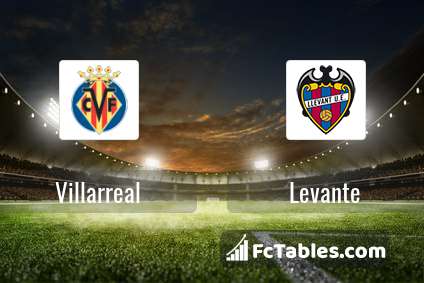 Team Villarreal is located in the middle of the table. (8 place). In 5 last games (league + cup) Villarreal get 10 points. From 3 matches no lost a match. Players Villarreal in La Liga with the highest number of goals: Gerard Moreno 9 goals, Santi Cazorla 8 goals, Karl Toko Ekambi 6 goals. Players Gerard Moreno 2 assists, Santi Cazorla 5 assists, Karl Toko Ekambi 2 assists will have to be very well guarded by defenders Levante, because they have the most assists.

Team Levante is located in the middle of the table. (11 place). Levante in 5 last matches (league + cup) have collected3 points. Levante did not win the match away from 3 games. The most goals in La Liga for Levante scored: Roger 10 goals, Borja Mayoral 4 goals, Ruben Rochina 4 goals. Most goals developed: , Borja Mayoral 1 assists.

In Levante not occur in the match due to injury: Rober Suarez, Ivan Lopez, Hernani. 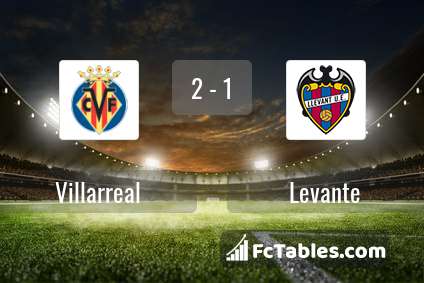 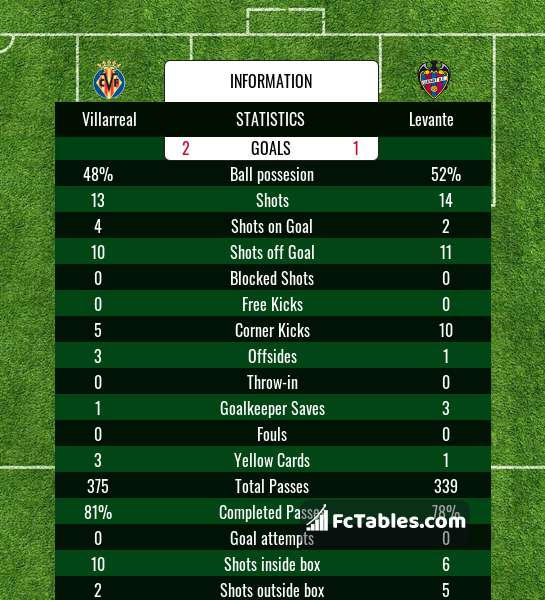