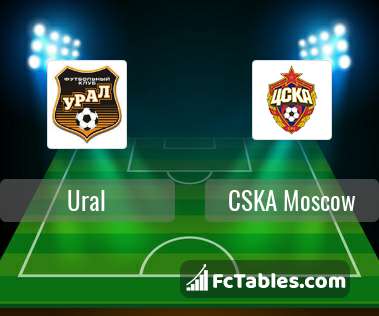 The match Ural-CSKA Moscow Premier League will start today 11:00. Referee in the match will be .

Team Ural is in the releagtion zone of the table. 13 position. In 5 last games (league + cup) Ural get 4 points. Ural from 4 matches can not beat any rival. Players Ural in Premier League with the highest number of goals: Nikolay Dimitrov 4 goals, Andrey Panyukov 4 goals, Eric Cosmin Bicfalvi 4 goals. Players Nikolay Dimitrov 4 assists will have to be very well guarded by defenders CSKA Moscow, because they have the most assists.

Team CSKA Moscow is at the top place in the table (3 place). Form team looks like this: In the last 5 matches (league + cup) gain 10 points. From 2 matches away can't win a match. In this season games Premier League the most goals scored players: Fedor Chalov 10 goals, Nikola Vlasic 4 goals, Timur Zhamaletdinov 3 goals. They will have to be well guarded by defense Ural. Most assists in the club have: Fedor Chalov 5 assists, Nikola Vlasic 2 assists. 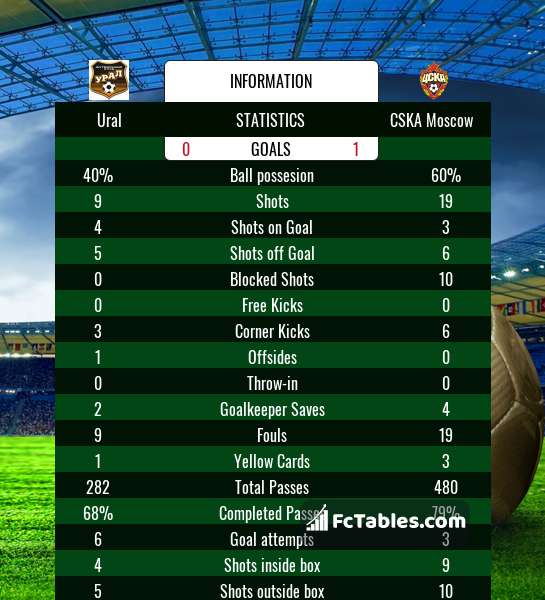 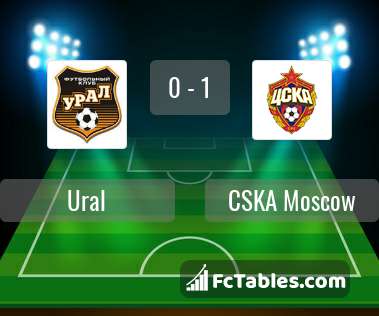