Kick off Udinese-Roma in Serie A on today 01:00. Referee in the match will be Antonio Damato.

Team Udinese is located in the middle of the table. (12 place). Form team looks like this: In the last 5 matches (league + cup) gain 10 points. Udinese did not win the match from 2 games. The most goals in Serie A for Udinese scored: Cyril Thereau 8 goals, Duvan Zapata 5 goals, Seko Fofana 4 goals. Most goals developed: Cyril Thereau 2 assists, Duvan Zapata 1 assists, Seko Fofana 1 assists.

In Udinese not occur in the match due to injury: Silvan Widmer.

The match will not occur Antonio Ruediger, Daniele De Rossi because they are suspended (cards, etc.). 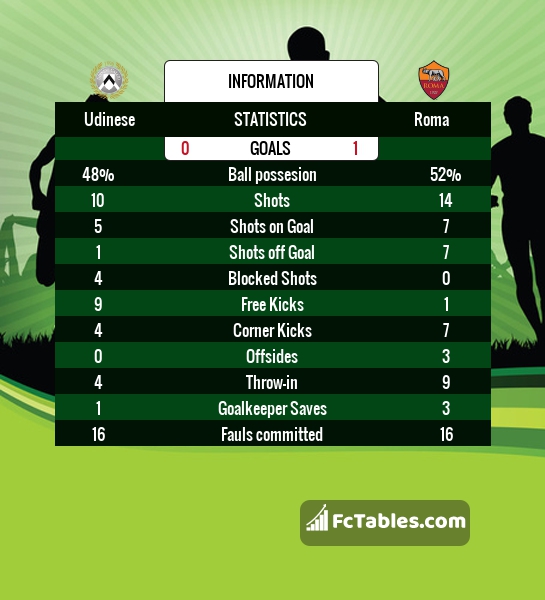 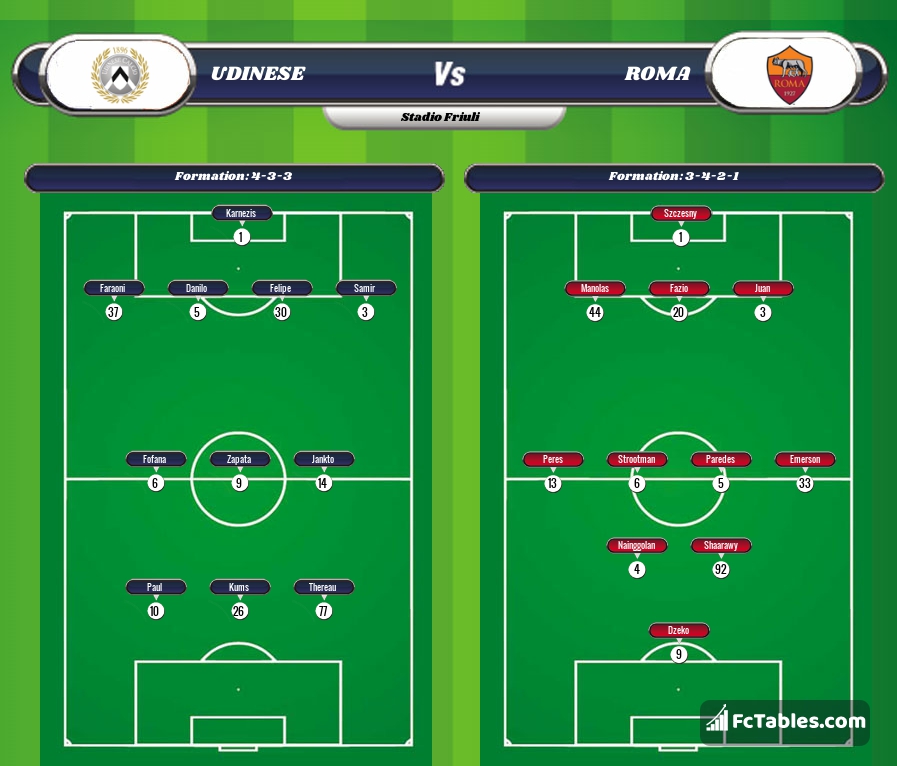