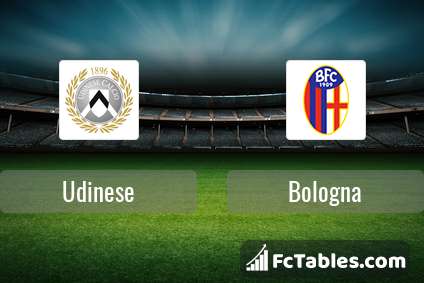 Kick off Udinese-Bologna in Serie A on today 14:00. Referee in the match will be Davide Massa.

In Udinese not occur in the match due to injury: Samir, Valon Behrami, Antonin Barak, Marco D'Alessandro.

The match will not occur Seko Fofana because they are suspended (cards, etc.).

Team Bologna is in the releagtion zone of the table. 18 position. Form team looks like this: In the last 5 matches (league + cup) gain 4 points. Bologna from 3 matches can not beat any rival. Players Bologna in Serie A with the highest number of goals: Federico Santander 6 goals, Riccardo Orsolini 2 goals, Rodrigo Palacio 2 goals. Most assists in the club have: Federico Santander 2 assists, Riccardo Orsolini 2 assists, Rodrigo Palacio 2 assists.

Players Erick Pulgar will not be able to play in the match because of suspension (cards, etc.) 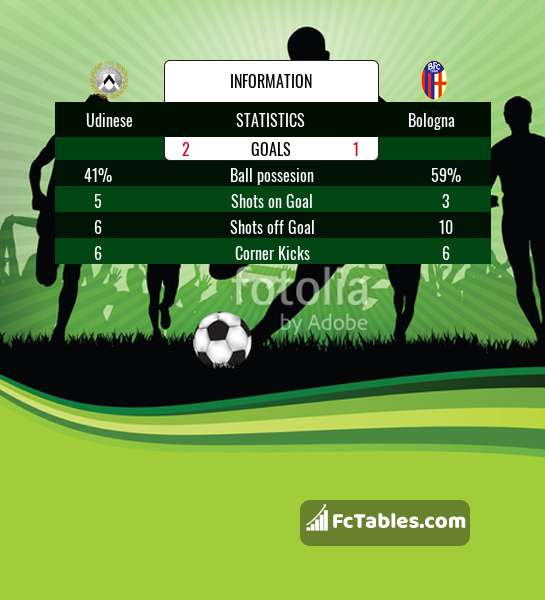 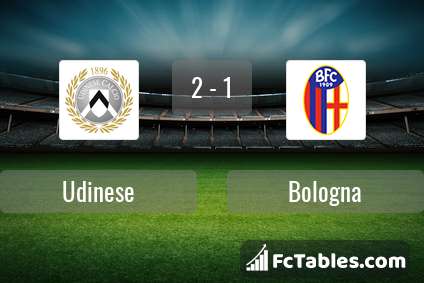