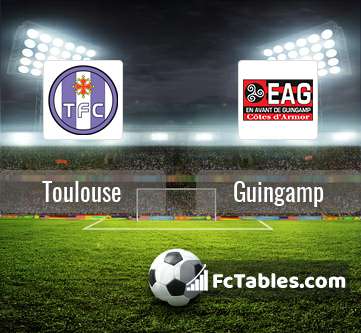 The match Toulouse-Guingamp Ligue 1 will start today 14:00. Referee in the match will be Jerome Brisard.

Team Toulouse is located in the middle of the table. (15 place). Toulouse in 5 last matches (league + cup) have collected2 points. Toulouse did not win the match at home from 11 games. Not lost the match at home from 4 games. Leading players Toulouse in Ligue 1 is: Max-Alain Gradel 10 goals, Mathieu Dossevi 3 goals, Aaron Leya Iseka 3 goals. Most assists in the club have: Max-Alain Gradel 4 assists, Mathieu Dossevi 2 assists.

Players Yannick Cahuzac will not be able to play in the match because of suspension (cards, etc.)

Team Guingamp is in the releagtion zone of the table. 20 position. Form team looks like this: In the last 5 matches (league + cup) gain 5 points. Guingamp did not win the match away from 3 games. From 3 matches no lost a match. Leading players Guingamp in Ligue 1 is: Marcus Thuram 7 goals, Nicolas Benezet 3 goals, Lucas Deaux 2 goals. Players Marcus Thuram 1 assists, Nicolas Benezet 1 assists, Lucas Deaux 1 assists will have to be very well guarded by defenders Toulouse, because they have the most assists.

In Guingamp not occur in the match due to injury: Yeni N'Gbakoto.

Direct matches: usually ended with winning of Guingamp. Balace of both teams games are: 4 won Toulouse, 8 wins Guingamp, 5 draws. In 8 matches the sum of the goals both teams was greater than 2.5 (Over 2.5). On the other hand, 13 matches teams scored more than 1.5 goals (Over 1.5). In 11 matches the both teams have shot at least one goal. 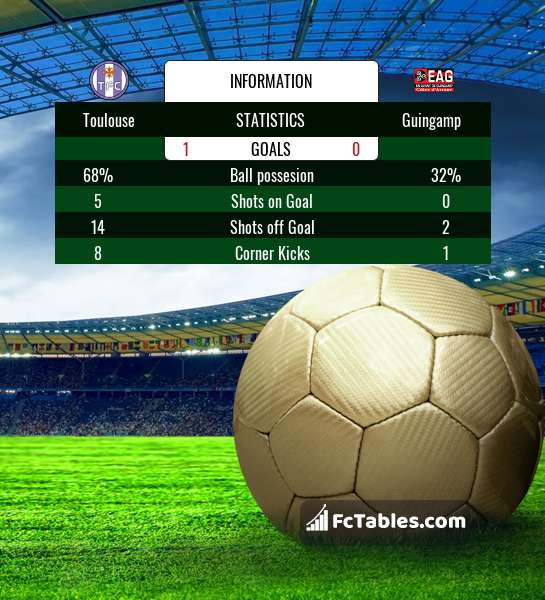 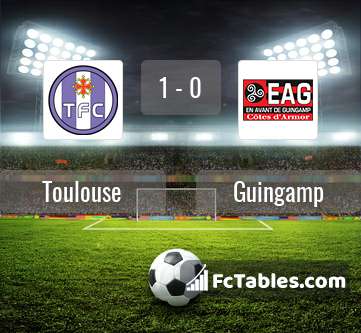