Team Tosno is in the releagtion zone of the table. 15 position. Last 5 games (league + cup) finished balance 1 points. Tosno from 5 matches can not beat any rival. To defend Amkar the most demanding players will be Evgeni Markov 8 goals, Anton Zabolotny 4 goals, Vagiz Galiulin 3 goals, because this season they scored the most goals for Tosno of the entire composition. Players with the most assists: Evgeni Markov 1 assists, Anton Zabolotny 2 assists, Vagiz Galiulin 1 assists.

Team Amkar is in the releagtion zone of the table. 13 position. In 5 last matches (league + cup) team gain 6 points. Amkar did not win the match from 2 games. Leading players Amkar in Premier League is: Janusz Gol 3 goals, Aaron Samuel Olanare 2 goals, Aleksandr Ryazantsev 2 goals. Players Janusz Gol 1 assists will have to be very well guarded by defenders Tosno, because they have the most assists. 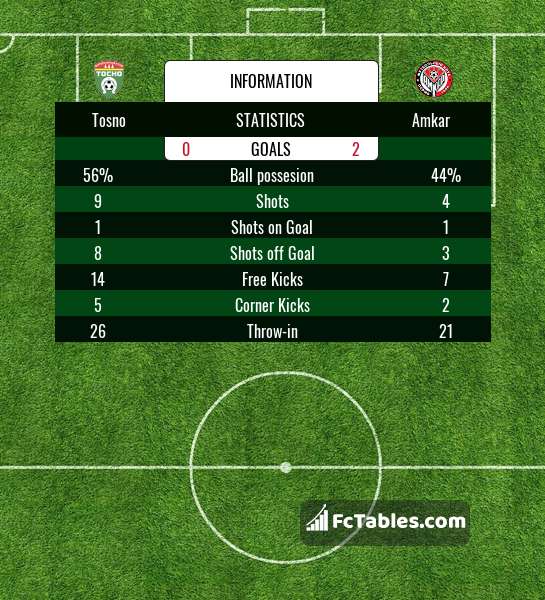 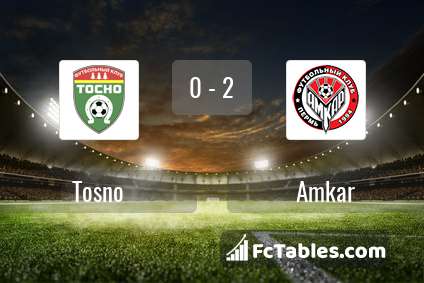