The match Torino-Parma Serie A will start today 18:45. Referee in the match will be Gianluca Aureliano.

Players Simone Verdi, Rolando Mandragora will not be able to play in the match because of suspension (cards, etc.)

Team Parma is in the releagtion zone of the table. 19 position. In 5 last matches (league + cup) team gain 1 points. From 11 matches away can't win a match. The best players Parma in Serie A, who scored the most goals for the club: Hernani 7 goals, Juraj Kucka 7 goals, Gervinho 5 goals. Most goals developed: Hernani 2 assists, Juraj Kucka 2 assists, Gervinho 1 assists. 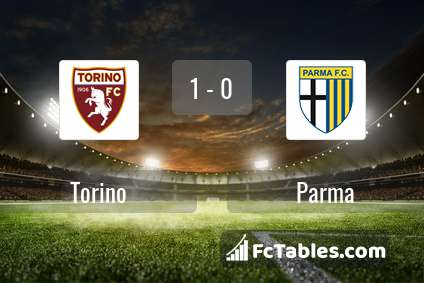