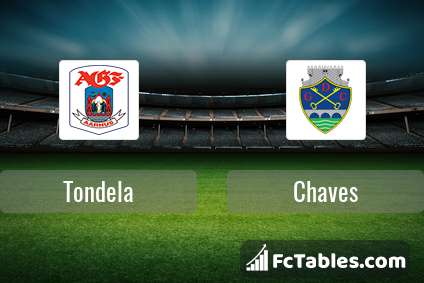 The match Tondela-Chaves Liga ZON Sagres will start today 16:30. Referee in the match will be .

Team Tondela currently is on lower place in table (15 position). In 5 last matches (league + cup) team gain 4 points. Tondela from 3 matches can not beat any rival. Players Tondela in Liga ZON Sagres with the highest number of goals: Tomane 12 goals, Juan Delgado 5 goals, Antonio Xavier 3 goals. Players Tomane 4 assists, Juan Delgado 2 assists, Antonio Xavier 5 assists will have to be very well guarded by defenders Chaves, because they have the most assists.

Team Chaves is in the releagtion zone of the table. 16 position. Form team looks like this: In the last 5 matches (league + cup) gain 8 points. Chaves did not win the match from 2 games. Chaves has not been defeated away from 2 matches. The most goals in Liga ZON Sagres for Chaves scored: William 5 goals, Niltinho 3 goals, Bruno Gallo 3 goals. Most goals developed: William 1 assists, Niltinho 2 assists, Bruno Gallo 1 assists. 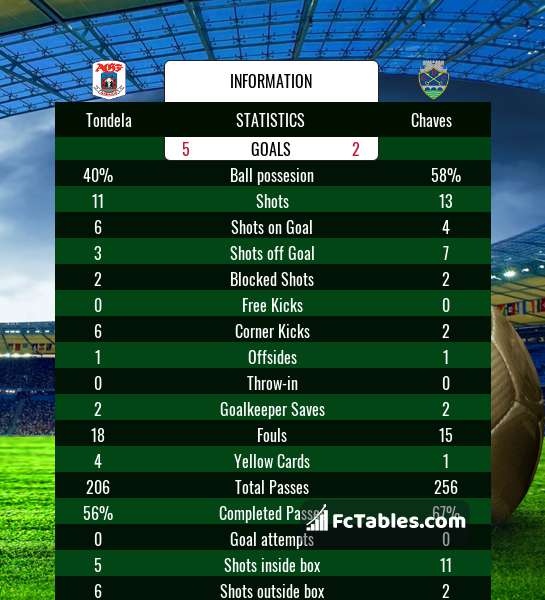 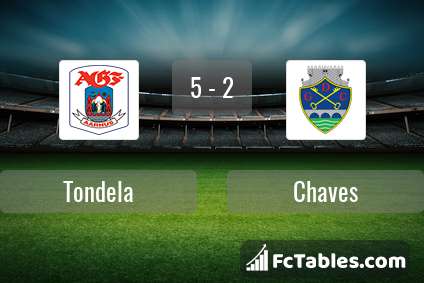