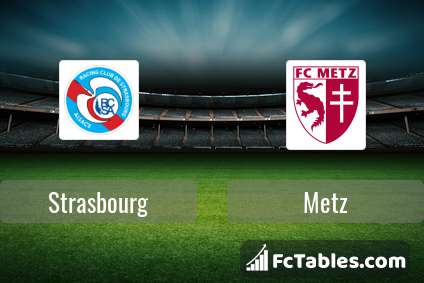 The match Strasbourg-Metz Ligue 1 will start today 19:00. Referee in the match will be Eric Wattellier.

Team Strasbourg is located in the middle of the table. (15 place). Form team looks like this: In the last 5 matches (league + cup) gain 4 points. From 2 matches at home no lost a match. In this season games Ligue 1 the most goals scored players: Adrien Thomasson 2 goals, Ludovic Ajorque 1 goals, Habibou Mouhamadou Diallo 1 goals. They will have to be well guarded by defense Metz. Players Adrien Thomasson 1 assists, Ludovic Ajorque 2 assists will have to be very well guarded by defenders Metz, because they have the most assists.

Team Metz currently is on lower place in table (17 position). Form team looks like this: In the last 5 matches (league + cup) gain 3 points. To defend Strasbourg the most demanding players will be Fabien Centonze 2 goals, Ibrahima Niane 1 goals, Matthieu Udol 1 goals, because this season they scored the most goals for Metz of the entire composition. Players with the most assists: , Ibrahima Niane 1 assists. 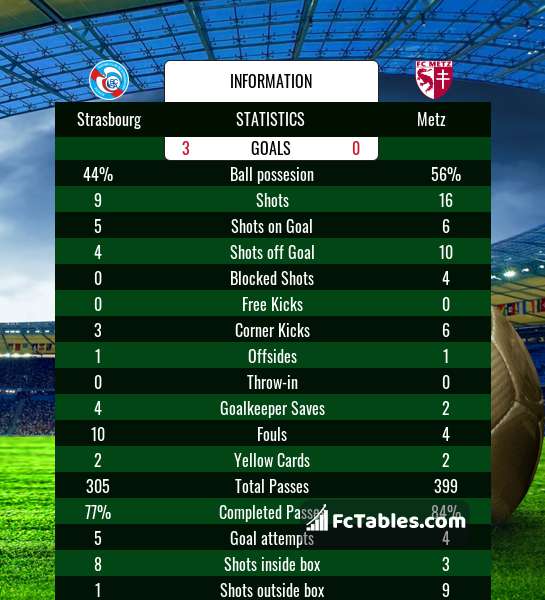 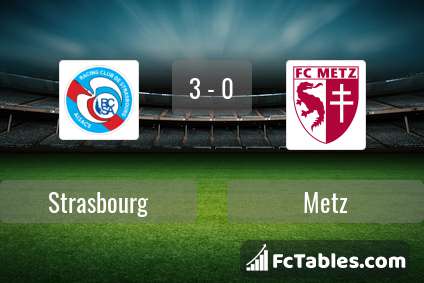