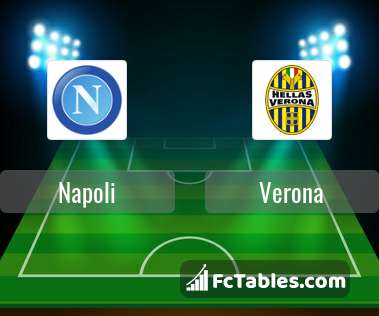 Kick off Napoli-Verona in Serie A on today 18:45. Referee in the match will be Daniele Chiffi.

Team Napoli is at the top place in the table (4 place). Napoli in 5 last matches (league + cup) have collected13 points. Not lost the match at home from 10 games. In this season games Serie A the most goals scored players: Lorenzo Insigne 19 goals, Hirving Lozano 11 goals, Victor Osimeh 10 goals. They will have to be well guarded by defense Verona. Most assists in the club have: Lorenzo Insigne 7 assists, Hirving Lozano 3 assists, Victor Osimeh 2 assists.

Team Verona is located in the middle of the table. (10 place). Form team looks like this: In the last 5 matches (league + cup) gain 3 points. From 8 matches can't win a match. In this season games Serie A the most goals scored players: Antonin Barak 7 goals, Mattia Zaccagni 5 goals, Federico Dimarco 5 goals. They will have to be well guarded by defense Napoli. Most assists in the club have: Antonin Barak 3 assists, Mattia Zaccagni 5 assists, Federico Dimarco 3 assists.

Players Antonin Barak will not be able to play in the match because of suspension (cards, etc.)

Direct matches: usually ended with winning of Napoli. Balace of both teams games are: 13 won Napoli, 3 wins Verona, 4 draws. In 11 matches the sum of the goals both teams was greater than 2.5 (Over 2.5). On the other hand, 18 matches teams scored more than 1.5 goals (Over 1.5). In 9 matches the both teams have shot at least one goal. 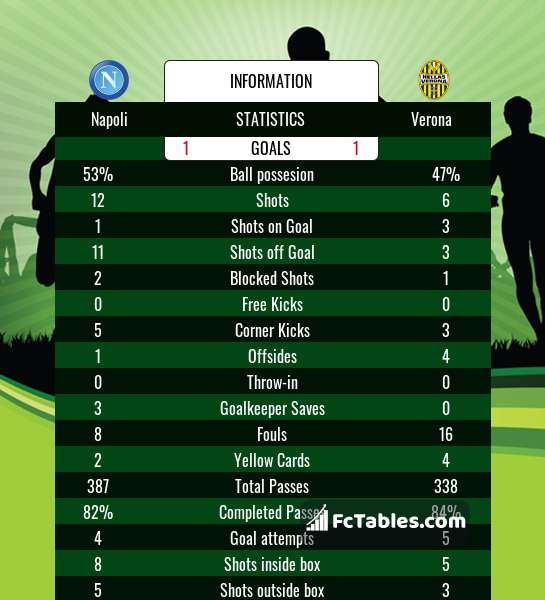 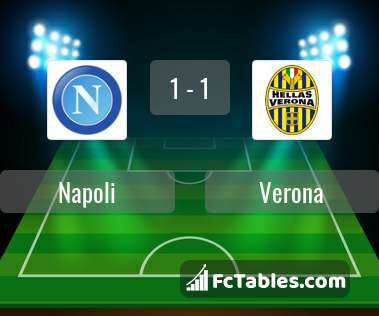 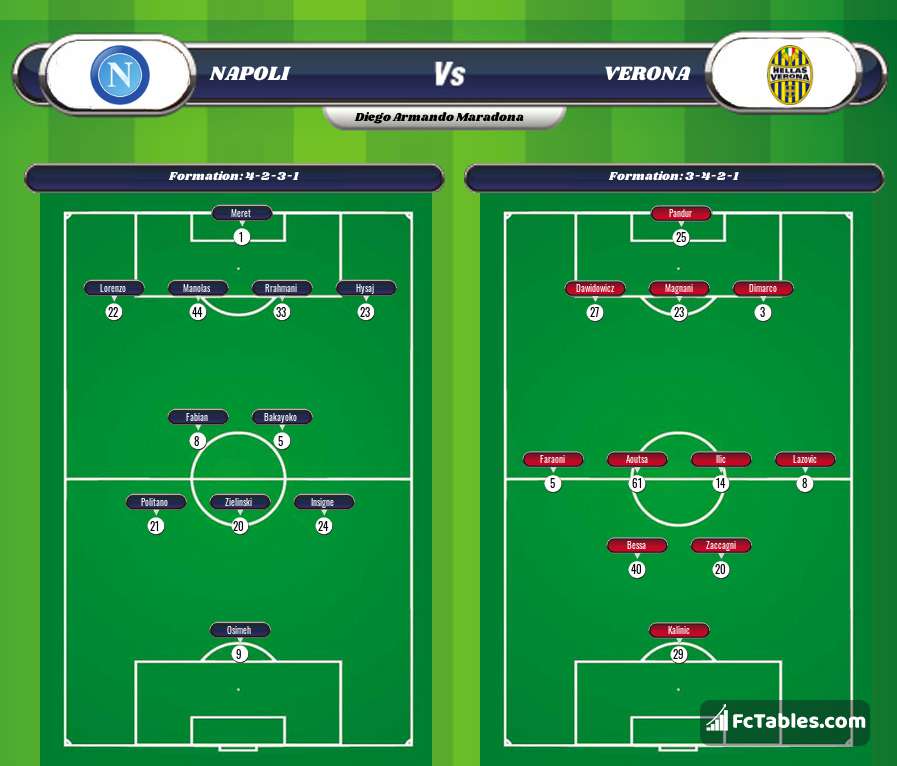