Kick off Napoli-Fiorentina in Serie A on today 11:30. Referee in the match will be Daniele Chiffi.

Team Napoli is located in the middle of the table. (6 place). Napoli in 5 last matches (league + cup) have collected7 points. From 2 matches at home can't win a match. In this season games Serie A the most goals scored players: Hirving Lozano 7 goals, Lorenzo Insigne 7 goals, Dries Mertens 4 goals. They will have to be well guarded by defense Fiorentina. Most assists in the club have: Hirving Lozano 2 assists, Lorenzo Insigne 2 assists, Dries Mertens 6 assists.

Players Giovanni Di Lorenzo will not be able to play in the match because of suspension (cards, etc.)

Team Fiorentina is located in the middle of the table. (13 place). Form team looks like this: In the last 5 matches (league + cup) gain 8 points. The most goals in Serie A for Fiorentina scored: Dusan Vlahovic 6 goals, Gaetano Castrovilli 4 goals, Nikola Milenkovic 2 goals. Players with the most assists: , Gaetano Castrovilli 1 assists. 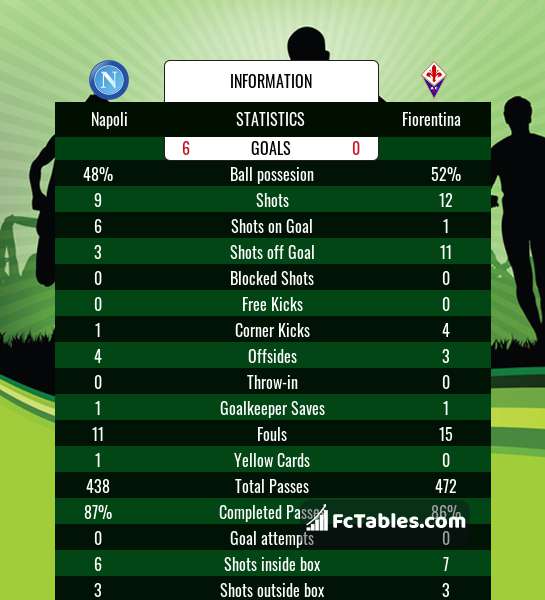 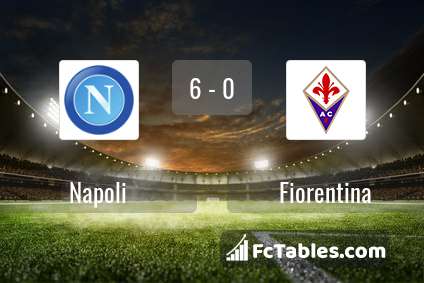