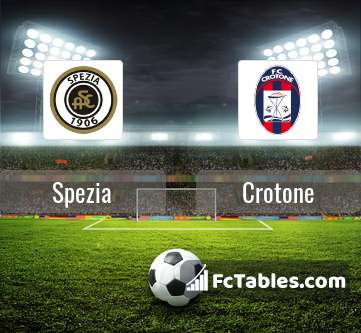 Kick off Spezia-Crotone in Serie A on today 13:00. Referee in the match will be Simone Sozza.

In Spezia not occur in the match due to injury: Juan Manuel Ramos, Federico Mattiello, Riccardo Saponara, Cristian Dell'Orco.

Team Crotone is in the releagtion zone of the table. 20 position. Crotone in 5 last matches (league + cup) have collected3 points. Crotone from 3 matches can not beat any rival. Players Crotone in Serie A with the highest number of goals: Simmy Nwankwo 15 goals, Junior Messias 8 goals, Arkadiuzs Reca 2 goals. Most assists in the club have: Simmy Nwankwo 1 assists, Junior Messias 4 assists, Arkadiuzs Reca 2 assists.

Players Pedro Pereira will not be able to play in the match because of suspension (cards, etc.) 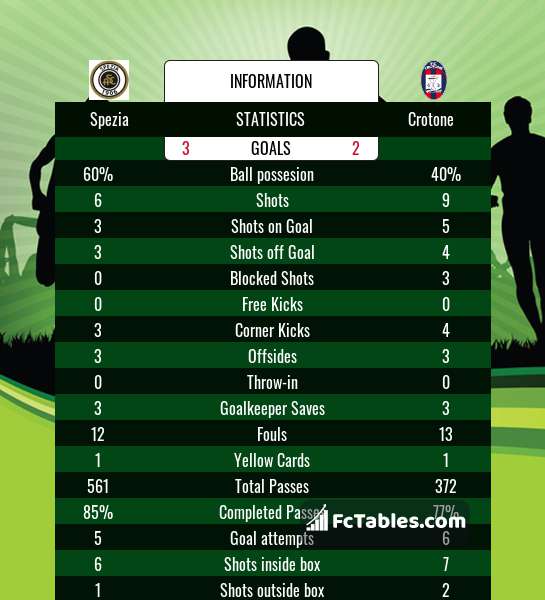 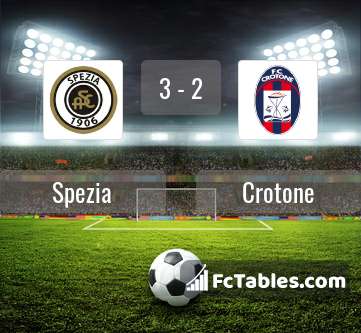 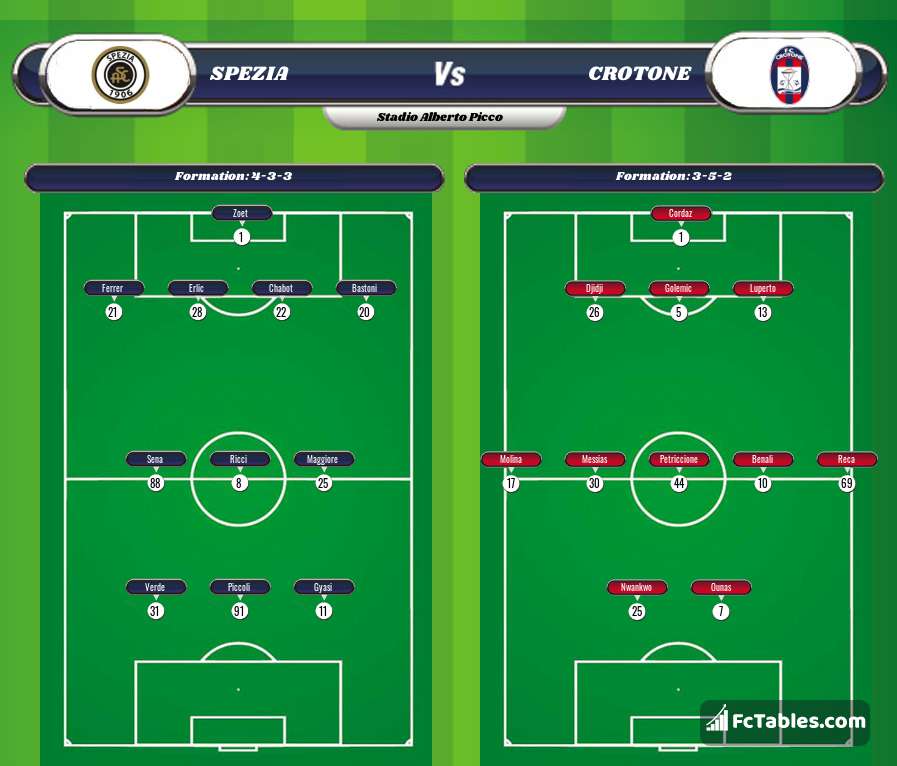