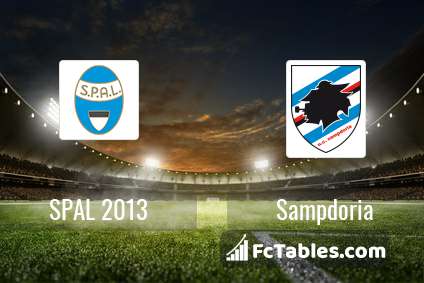 The match SPAL 2013-Sampdoria Serie A will start today 16:00. Referee in the match will be Marco Di Bello.

In SPAL 2013 not occur in the match due to injury: Marco Borriello, Alex Meret.

The match will not occur Thiago Cionek, Bartosz Salamon, Everton because they are suspended (cards, etc.).

In Sampdoria not occur in the match due to injury: Emiliano Viviano, Jacopo Sala, Edgar Barreto. 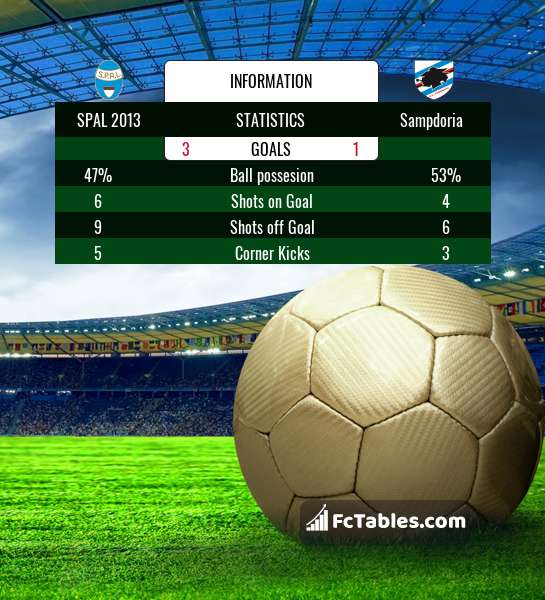 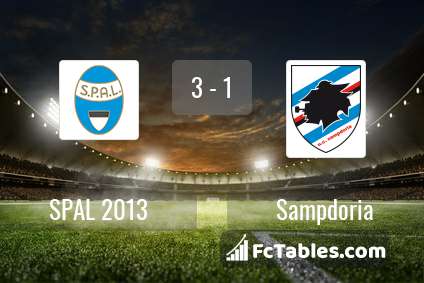