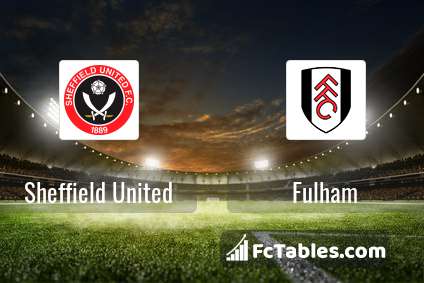 Team Sheffield United is in the releagtion zone of the table. 19 position. In 5 last matches (league + cup) team gain 0 points. To defend Fulham the most demanding players will be David McGoldrick 1 goals, because this season they scored the most goals for Sheffield United of the entire composition. Players with the most assists: , George Baldock 1 assists.

Team Fulham is in the releagtion zone of the table. 20 position. In 5 last games (league + cup) Fulham get 0 points. Leading players Fulham in Premier League is: Aleksandar Mitrovic 2 goals, Bobby Reid 1 goals. Most assists in the club have: , Andre Anguissa 1 assists.

In Fulham not occur in the match due to injury: Joachim Andersen, Kenny Tete, Harrison Reed. 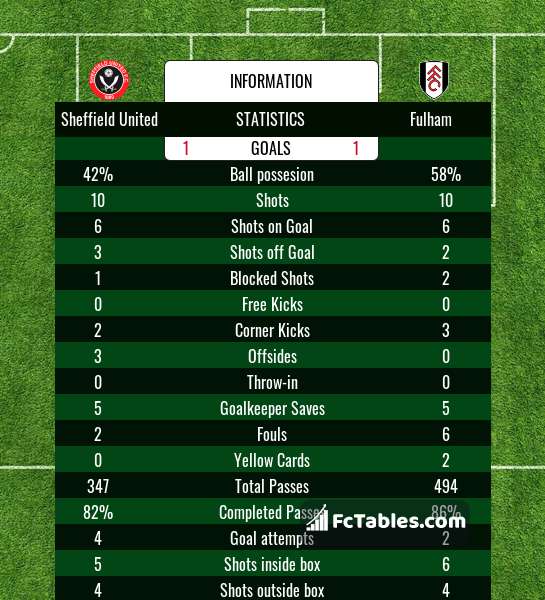 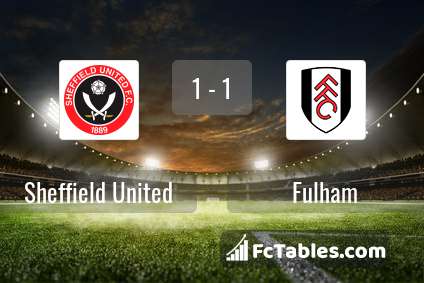