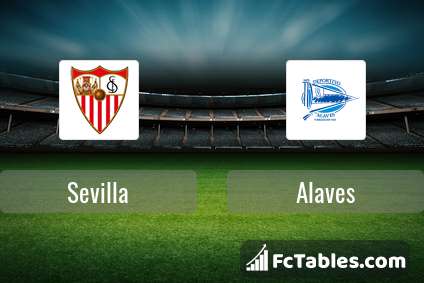 The match Sevilla-Alaves La Liga will start today 19:00. Referee in the match will be Isidro Escuderos.

Team Sevilla is at the top place in the table (4 place). Form team looks like this: In the last 5 matches (league + cup) gain 7 points. In this season games La Liga the most goals scored players: Youssef En-Nesyri 18 goals, Lucas Ariel Ocampos 5 goals, Ivan Rakitic 4 goals. They will have to be well guarded by defense Alaves. Players , Lucas Ariel Ocampos 4 assists, Ivan Rakitic 2 assists will have to be very well guarded by defenders Alaves, because they have the most assists.

Because of the suspension of Marcos Acuna, Diego Carlos this players will not play in the match 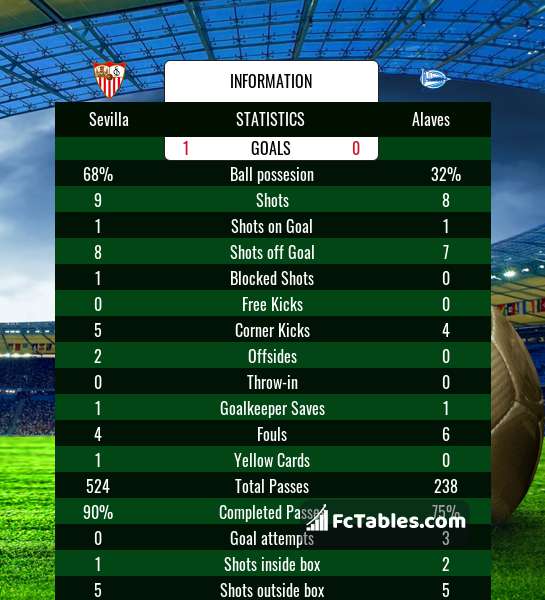 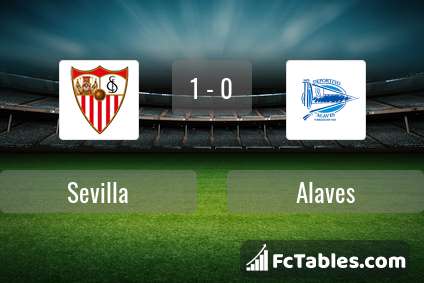 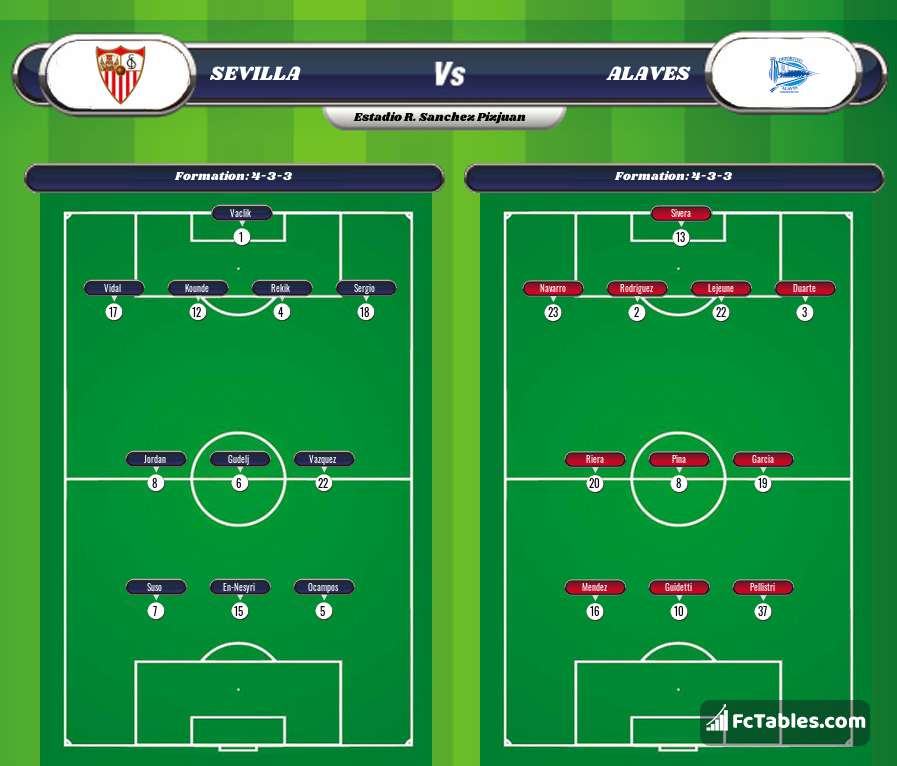