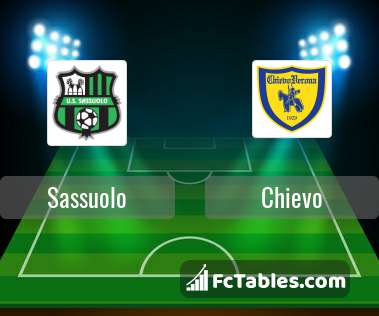 The match Sassuolo-Chievo Serie A will start today 17:00. Referee in the match will be Lorenzo Maggioni.

Team Sassuolo is located in the middle of the table. (14 place). Form team looks like this: In the last 5 matches (league + cup) gain 2 points. From 8 matches can't win a match. In this season games Serie A the most goals scored players: Khouma Babacar 7 goals, Alfred Duncan 4 goals, Domenico Berardi 4 goals. They will have to be well guarded by defense Chievo. Most assists in the club have: Khouma Babacar 1 assists, Alfred Duncan 3 assists, Domenico Berardi 3 assists.

Team Chievo is in the releagtion zone of the table. 20 position. Chievo in 5 last matches (league + cup) have collected2 points. Chievo did not win the match from 10 games. Leading players Chievo in Serie A is: Mariusz Stepinski 6 goals, Sergio Pellissier 4 goals, Emanuele Giaccherini 3 goals. Players Mariusz Stepinski 1 assists, Sergio Pellissier 1 assists, Emanuele Giaccherini 1 assists will have to be very well guarded by defenders Sassuolo, because they have the most assists.

In Chievo not occur in the match due to injury: Matias Ezequiel Schelotto, Andrea Seculin, Nenad Tomovic.

Because of the suspension of Fabio Depaoli, Riccardo Meggiorini this players will not play in the match 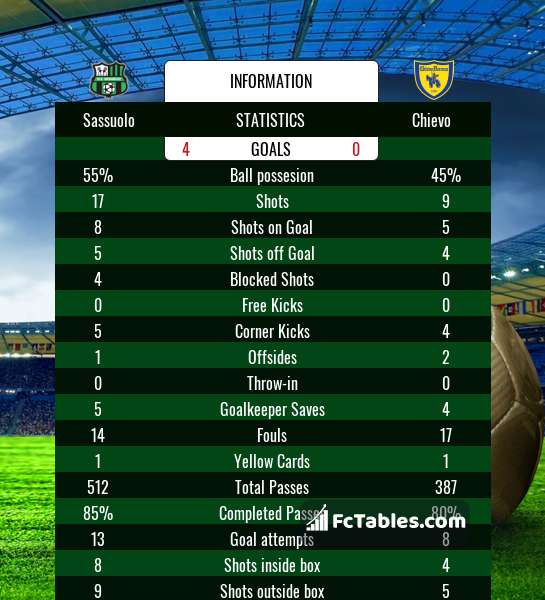 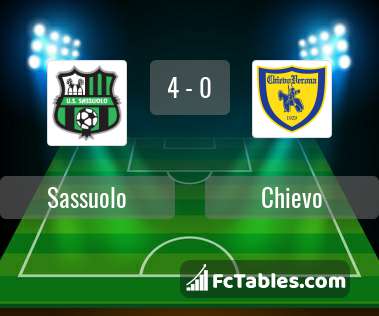