In Sampdoria not occur in the match due to injury: Fabio Depaoli, Alex Ferrari.

Julian Chabot. They will not be able to play in the game due to suspension.

Team Sassuolo is located in the middle of the table. (15 place). Form team looks like this: In the last 5 matches (league + cup) gain 6 points. From 2 matches away can't win a match. In this season games Serie A the most goals scored players: Domenico Berardi 9 goals, Francesco Caputo 8 goals, Jeremie Boga 5 goals. They will have to be well guarded by defense Sampdoria. Most assists in the club have: Domenico Berardi 3 assists, Francesco Caputo 4 assists, Jeremie Boga 2 assists. 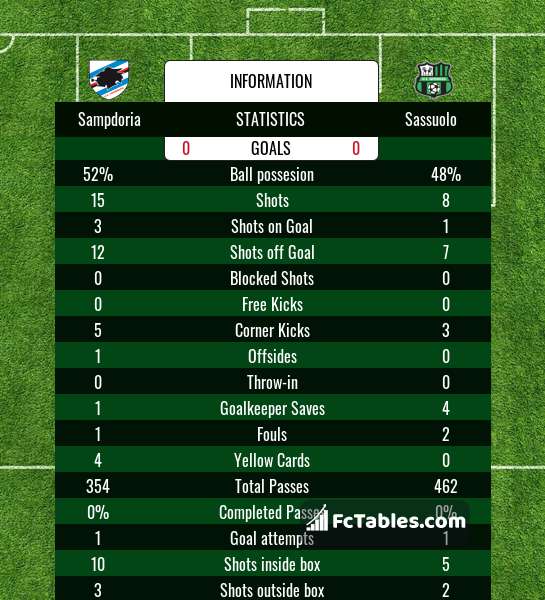