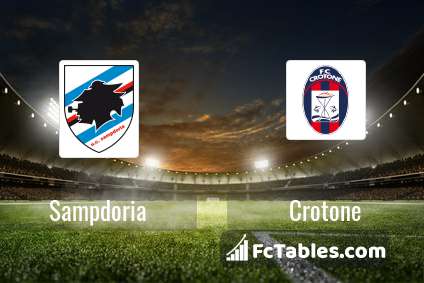 The match Sampdoria-Crotone Serie A will start today 17:00. Referee in the match will be Gianluca Manganiello.

In Sampdoria not occur in the match due to injury: Manolo Gabbiadini, Bartosz Bereszynski.

Team Crotone is in the releagtion zone of the table. 20 position. Crotone in 5 last matches (league + cup) have collected4 points. Not lost the match from 2 games. Players Crotone in Serie A with the highest number of goals: Simmy Nwankwo 3 goals, Junior Messias 3 goals, Salvatore Andrea Molina 1 goals. Most assists in the club have: Simmy Nwankwo 1 assists, Salvatore Andrea Molina 2 assists. 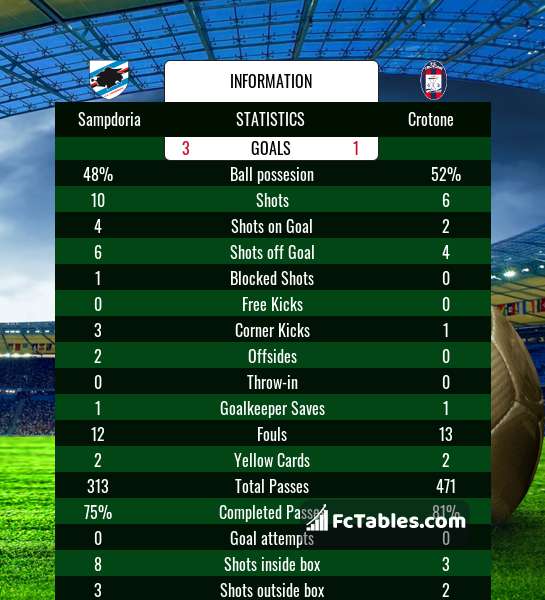 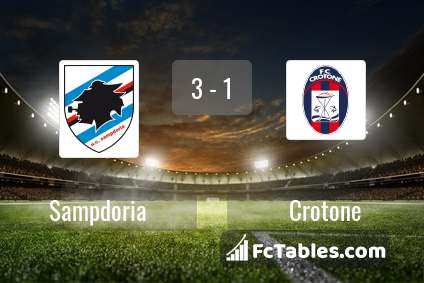