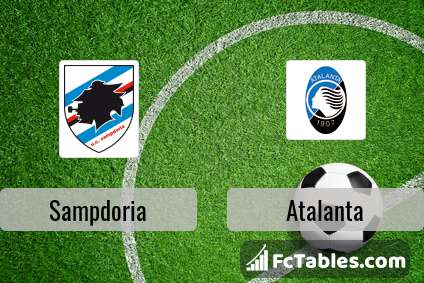 The match Sampdoria-Atalanta Serie A will start today 11:30. Referee in the match will be Livio Marinelli.

Adrien Silva. They will not be able to play in the game due to suspension.

Team Atalanta is at the top place in the table (5 place). Atalanta in 5 last matches (league + cup) have collected10 points. From 8 matches away no lost a match. Players Atalanta in Serie A with the highest number of goals: Luis Muriel 14 goals, Duvan Zapata 9 goals, Robin Gosens 7 goals. Players Luis Muriel 4 assists, Duvan Zapata 5 assists, Robin Gosens 4 assists will have to be very well guarded by defenders Sampdoria, because they have the most assists.

Because of the suspension of Gian Piero Gasperini, Berat Djimsiti this players will not play in the match 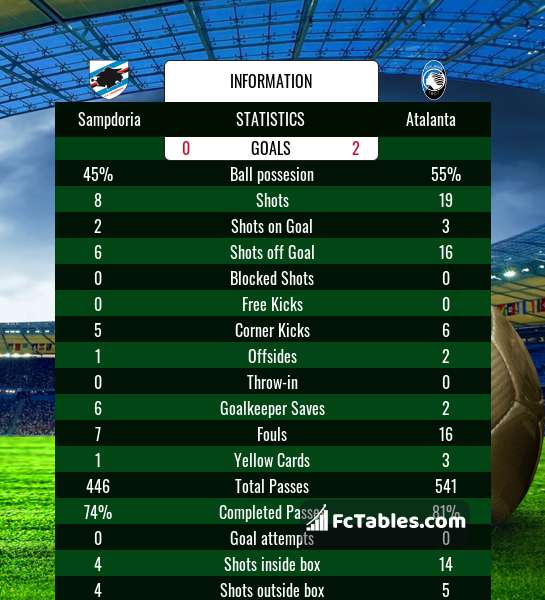 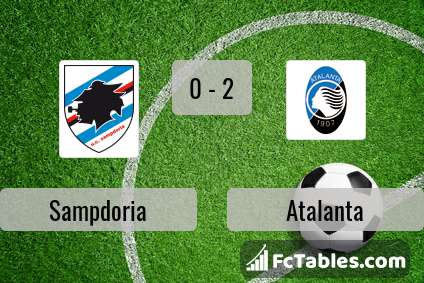 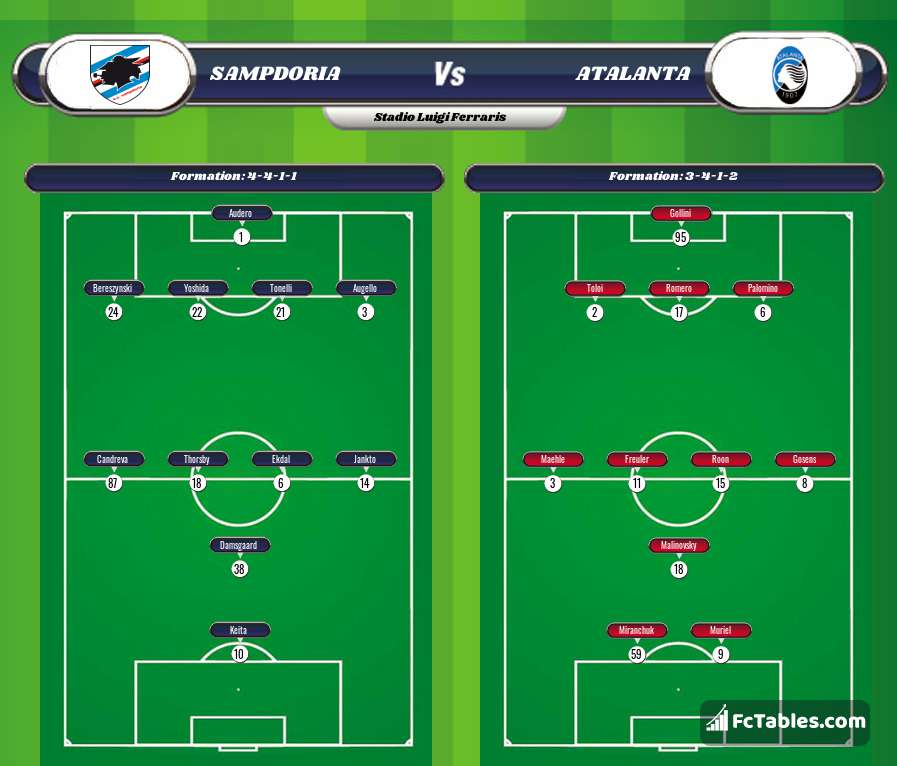