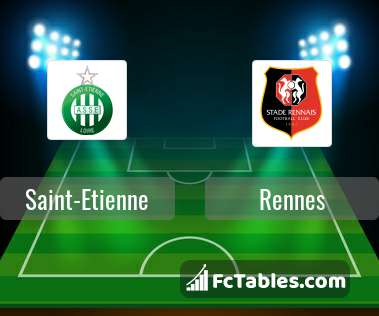 The match Saint-Etienne-Rennes Ligue 1 will start today 12:00. Referee in the match will be Thomas Leonard.

In Saint-Etienne not occur in the match due to injury: Yvan Neyou Noupa, Romain Hamouma.

Team Rennes is at the top place in the table (3 place). In 5 last games (league + cup) Rennes get 10 points. Not lost the match away from 4 games. Leading players Rennes in Ligue 1 is: Gaetan Laborde 6 goals, Martin Terrier 5 goals, Kamal-Deen Sulemana 4 goals. Most assists in the club have: Gaetan Laborde 2 assists, Kamal-Deen Sulemana 2 assists.

In Rennes not occur in the match due to injury: Jeremy Gelin.

Direct matches: usually ended with winning of Rennes. Balace of both teams games are: 10 won Saint-Etienne, 15 wins Rennes, 15 draws. In 14 matches the sum of the goals both teams was greater than 2.5 (Over 2.5). On the other hand, 25 matches teams scored more than 1.5 goals (Over 1.5). In 13 matches the both teams have shot at least one goal. 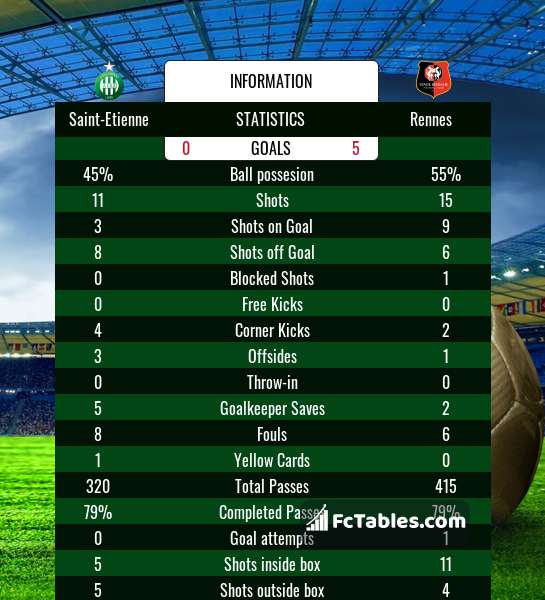 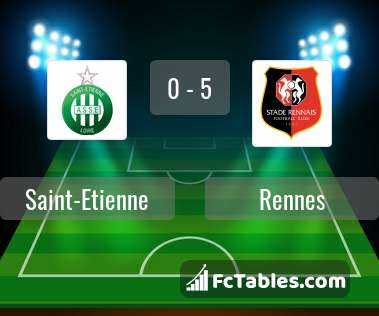