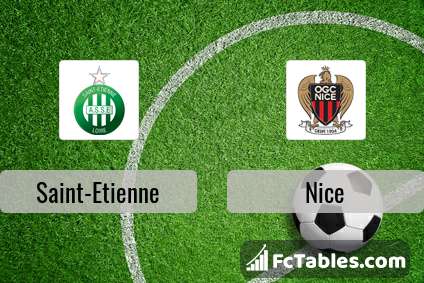 The match Saint-Etienne-Nice Ligue 1 will start today 15:00. Referee in the match will be Amaury Delerue.

In Saint-Etienne not occur in the match due to injury: Gabriel Silva, Yvann Macon, Charles Abi.

Players Thimothee Kolodziejczak, Wahbi Khazri, Yvan Neyou Noupa will not be able to play in the match because of suspension (cards, etc.)

Team Nice is located in the middle of the table. (10 place). Last 5 games (league + cup) finished balance 7 points. Nice did not win the match away from 2 games. from 2 matches team have not been defeated. The most goals in Ligue 1 for Nice scored: Amine Gouiri 2 goals, Dante 2 goals, Kasper Dolberg 2 goals. Players with the most assists: Amine Gouiri 2 assists.

Direct matches: usually ended with winning of Nice. Balace of both teams games are: 16 won Saint-Etienne, 16 wins Nice, 8 draws. In 15 matches the sum of the goals both teams was greater than 2.5 (Over 2.5). On the other hand, 28 matches teams scored more than 1.5 goals (Over 1.5). In 15 matches the both teams have shot at least one goal. 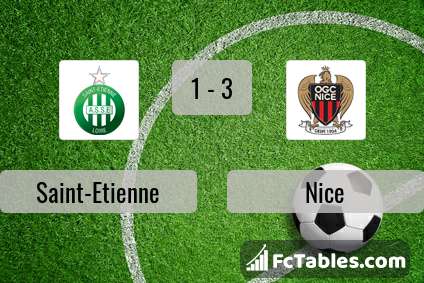