The match Saint-Etienne-Nice Ligue 1 will start today 19:00. Referee in the match will be Antony Gautier.

In Saint-Etienne not occur in the match due to injury: Lois Diony, Gabriel Silva, Kevin Monnet-Paquet.

Players Remy Cabella, Wahbi Khazri, Mathieu Debuchy will not be able to play in the match because of suspension (cards, etc.)

Team Nice is located in the middle of the table. (7 place). Last 5 games (league + cup) finished balance 6 points. Nice did not win the match from 2 games. from 3 matches team have not been defeated. The most goals in Ligue 1 for Nice scored: Allan Saint-Maximin 6 goals, Youcef Attal 6 goals, Wylan Cyprien 4 goals. Players with the most assists: Allan Saint-Maximin 3 assists, Wylan Cyprien 1 assists.

In Nice not occur in the match due to injury: Remi Walter, Christophe Jallet, Wylan Cyprien, Myziane Maolida.

Christophe Herelle, Dante. They will not be able to play in the game due to suspension. 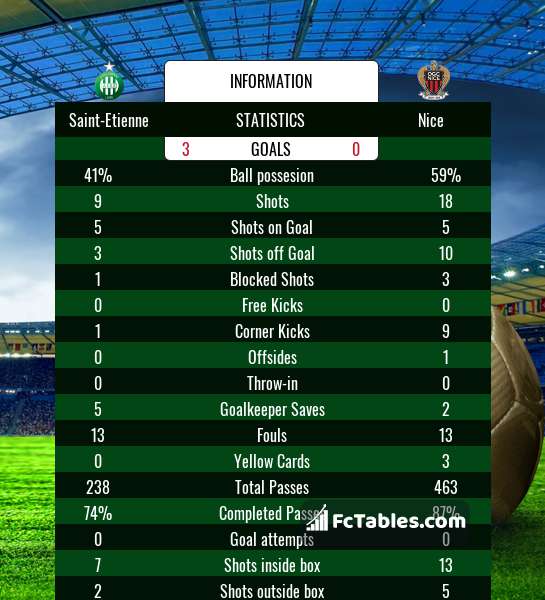 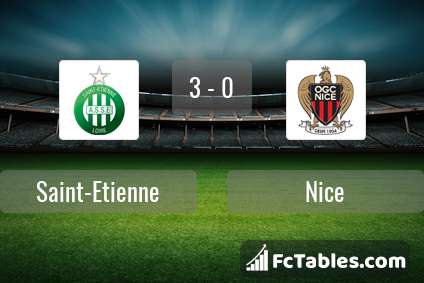