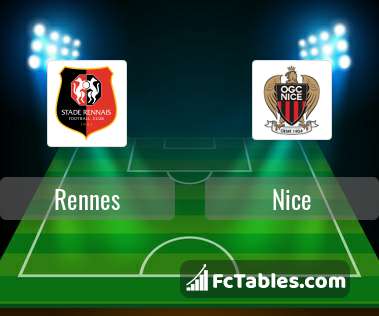 The match Rennes-Nice Ligue 1 will start today 20:00. Referee in the match will be Johan Hamel.

In Nice not occur in the match due to injury: Dante, Marcos Lopes, Jeff Reine-Adelaide.