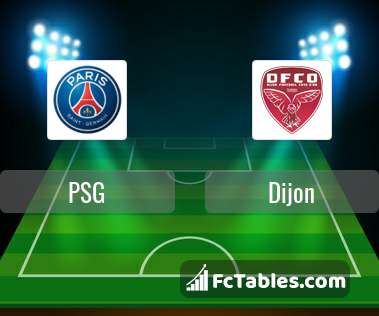 Kick off PSG-Dijon in Ligue 1 on today 16:30. Referee in the match will be Thomas Leonard.

Team PSG is at the top place in the table (1 place). PSG in 5 last matches (league + cup) have collected13 points. PSG has not been defeated from 14 matches. To defend Dijon the most demanding players will be Kylian Mbappe Lottin 16 goals, Neymar 13 goals, Mauro Icardi 11 goals, because this season they scored the most goals for PSG of the entire composition. Most goals developed: Kylian Mbappe Lottin 4 assists, Neymar 6 assists, Mauro Icardi 2 assists.

The match will not occur Marco Verratti, Neymar because they are suspended (cards, etc.).

Team Dijon currently is on lower place in table (17 position). Form team looks like this: In the last 5 matches (league + cup) gain 6 points. Dijon from 9 matches away can not beat any rival. From 3 matches no lost a match. Players Dijon in Ligue 1 with the highest number of goals: Mama Samba Balde 6 goals, Stephy Mavididi 5 goals, Julio Tavares 4 goals. Players Mama Samba Balde 1 assists, Stephy Mavididi 1 assists, Julio Tavares 2 assists will have to be very well guarded by defenders PSG, because they have the most assists. 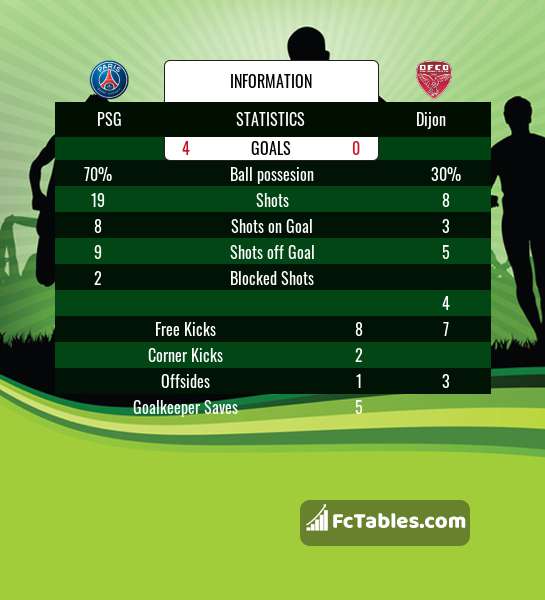 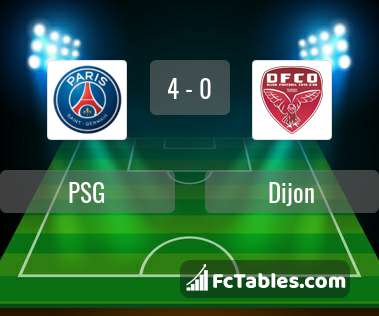