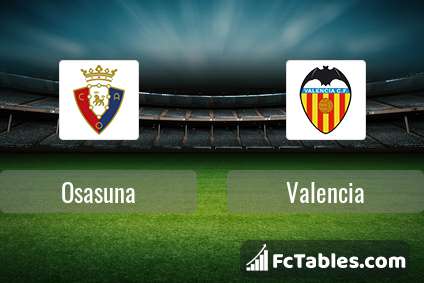 Team Osasuna is located in the middle of the table. (12 place). In 5 last matches (league + cup) team gain 9 points. From 5 matches no lost a match. In this season games La Liga the most goals scored players: Ante Budimir 7 goals, Roberto Torres 4 goals, Jonathan Calleri 4 goals. They will have to be well guarded by defense Valencia. Players , Roberto Torres 2 assists, Jonathan Calleri 1 assists will have to be very well guarded by defenders Valencia, because they have the most assists.

Team Valencia is located in the middle of the table. (14 place). Last 5 games (league + cup) finished balance 5 points. Valencia from 7 matches away can not beat any rival. From 2 matches no lost a match. Players Valencia in La Liga with the highest number of goals: Carlos Soler 8 goals, Manuel Vallejo 5 goals, Maximiliano Gomez 5 goals. Players Carlos Soler 5 assists will have to be very well guarded by defenders Osasuna, because they have the most assists. 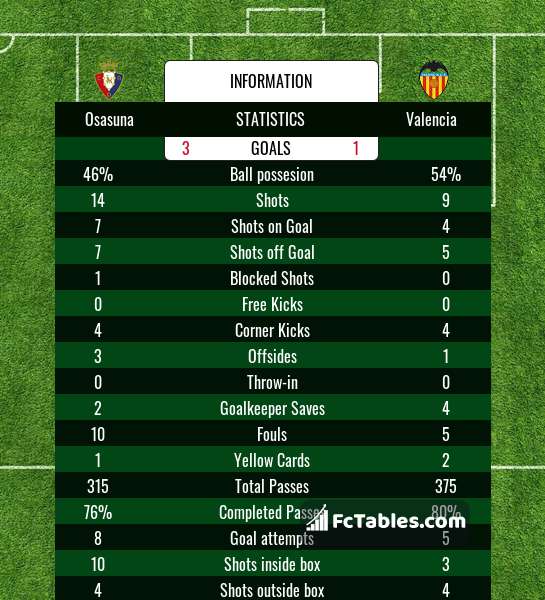 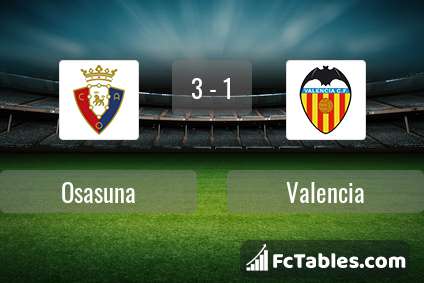 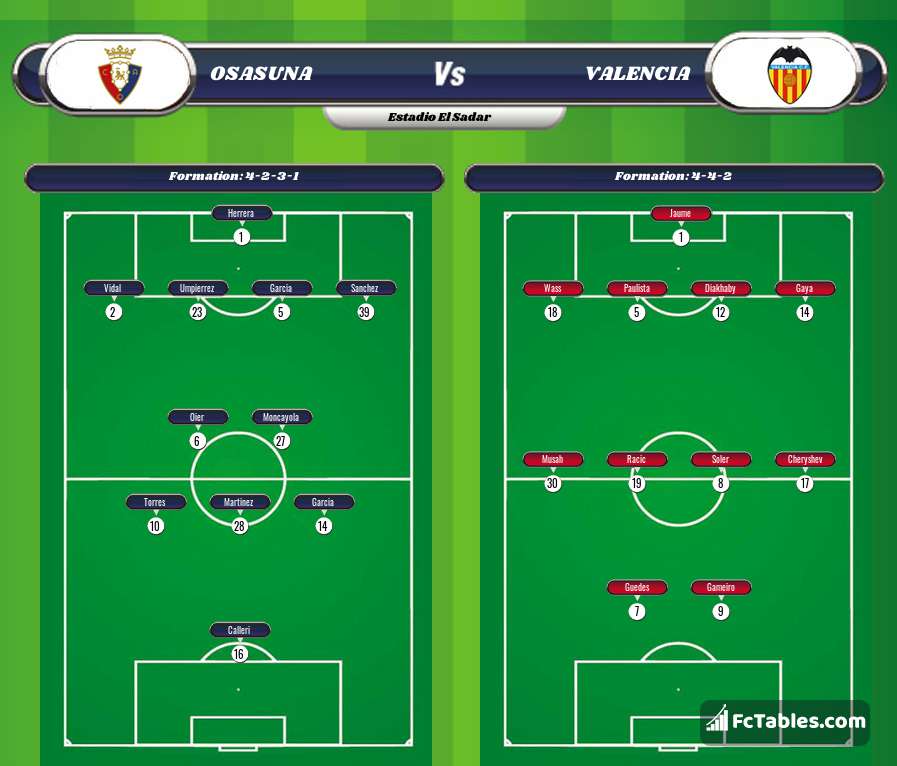