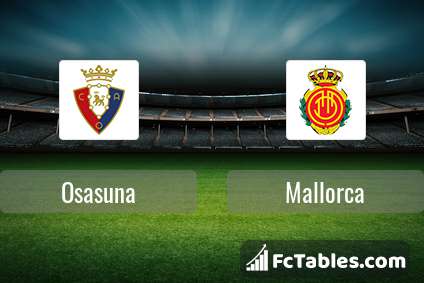 Kick off Osasuna-Mallorca in La Liga on today 19:00. Referee in the match will be Antonio Mateu.

Team Osasuna is located in the middle of the table. (11 place). In 5 last matches (league + cup) team gain 10 points. From 3 matches at home no lost a match. In this season games La Liga the most goals scored players: Ezequiel Avila 9 goals, Ruben Garcia 8 goals, Roberto Torres 7 goals. They will have to be well guarded by defense Mallorca. Players Ezequiel Avila 2 assists, Ruben Garcia 2 assists, Roberto Torres 7 assists will have to be very well guarded by defenders Mallorca, because they have the most assists.

Team Mallorca is in the releagtion zone of the table. 19 position. Mallorca in 5 last matches (league + cup) have collected6 points. From 5 matches away can't win a match. The best players Mallorca in La Liga, who scored the most goals for the club: Ante Budimir 12 goals, Salva Sevilla 5 goals, Daniel Rodriguez 5 goals. Players with the most assists: Ante Budimir 2 assists, Salva Sevilla 3 assists, Daniel Rodriguez 2 assists.

Aleksandar Sedlar, Juan Hernandez. They will not be able to play in the game due to suspension. 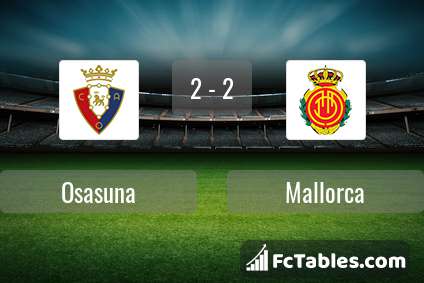