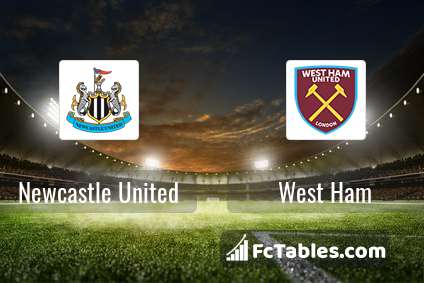 Team Newcastle United currently is on lower place in table (17 position). Form team looks like this: In the last 5 matches (league + cup) gain 6 points. Newcastle United did not win the match at home from 3 games. From 4 matches at home no lost a match. Leading players Newcastle United in Premier League is: Callum Wilson 10 goals, Miguel Almiron 4 goals, Allan Saint-Maximin 3 goals. Players Callum Wilson 5 assists, Miguel Almiron 1 assists, Allan Saint-Maximin 4 assists will have to be very well guarded by defenders West Ham, because they have the most assists.

In Newcastle United not occur in the match due to injury: Fabian Lukas Schaer, Jamaal Lascelles, Isaac Hayden, Ryan Fraser. 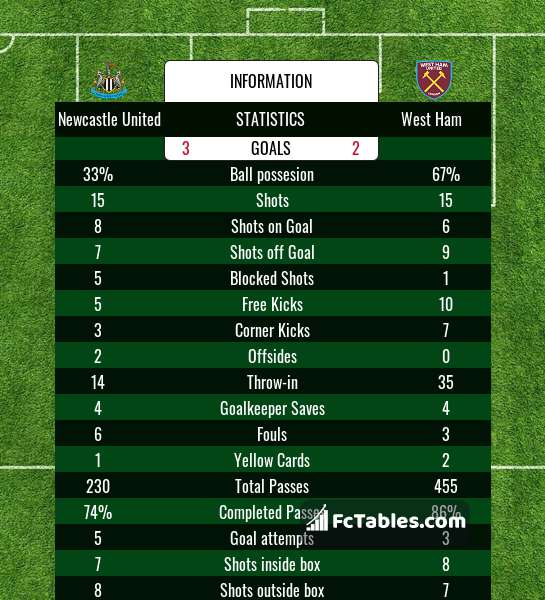 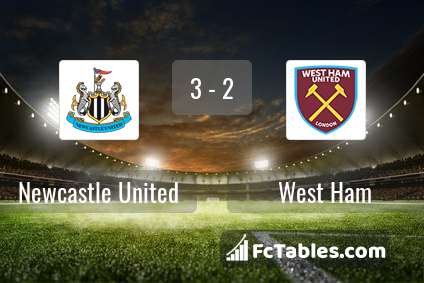 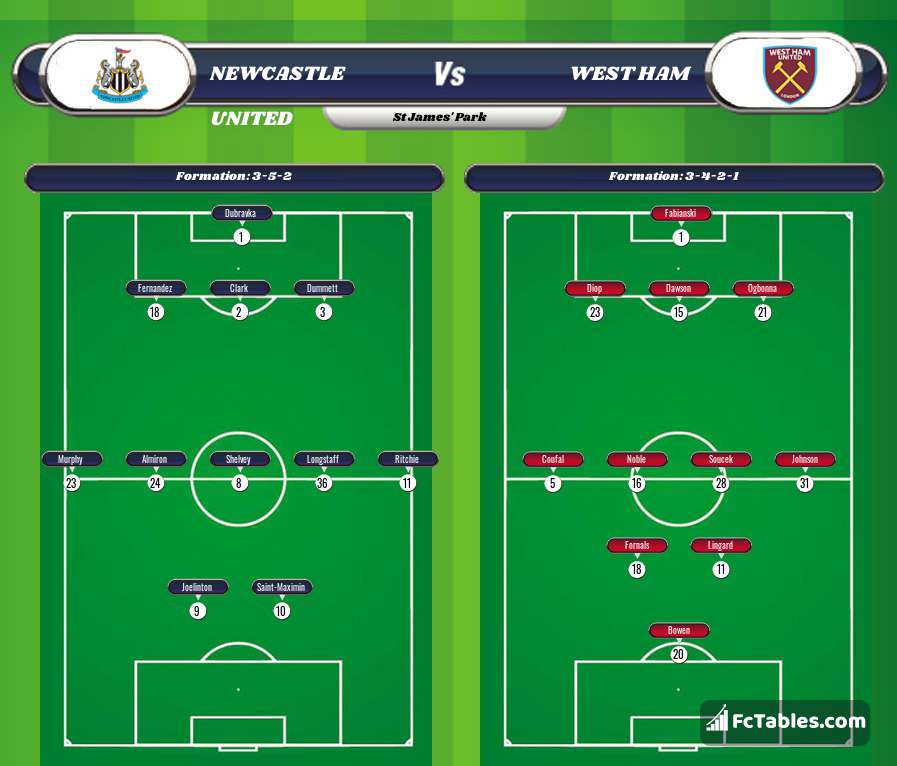