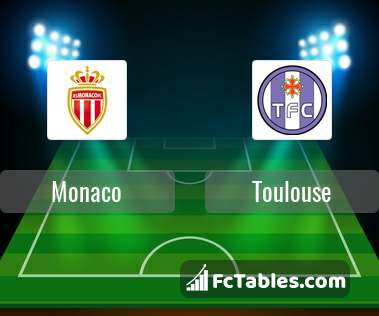 The match Monaco-Toulouse Ligue 1 will start today 19:00. Referee in the match will be Mikael Lesage.

Team Monaco is in the releagtion zone of the table. 19 position. Monaco in 5 last matches (league + cup) have collected2 points. From 6 matches can't win a match. The best players Monaco in Ligue 1, who scored the most goals for the club: Radamel Falcao 8 goals, Youri Tielemans 5 goals, Benjamin Henrichs 1 goals. Players with the most assists: Radamel Falcao 1 assists, Youri Tielemans 1 assists, Benjamin Henrichs 2 assists.

William Vainqueur, Naldo. They will not be able to play in the game due to suspension.

Team Toulouse is located in the middle of the table. (13 place). Toulouse in 5 last matches (league + cup) have collected8 points. Not lost the match from 3 games. Leading players Toulouse in Ligue 1 is: Max-Alain Gradel 8 goals, Aaron Leya Iseka 3 goals, Jimmy Durmaz 3 goals. Most assists in the club have: Max-Alain Gradel 4 assists.

In Toulouse not occur in the match due to injury: Kelvin Adou.

Players Yannick Cahuzac, Kalidou Sidibe will not be able to play in the match because of suspension (cards, etc.) 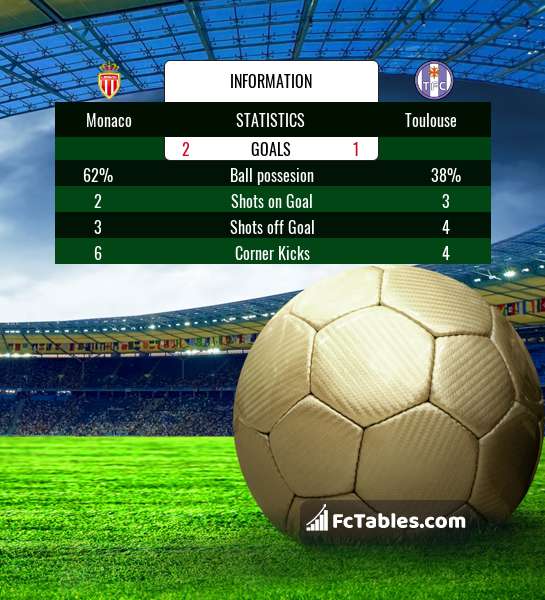 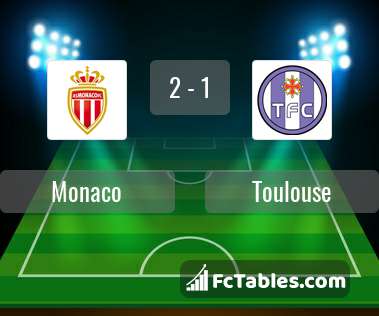