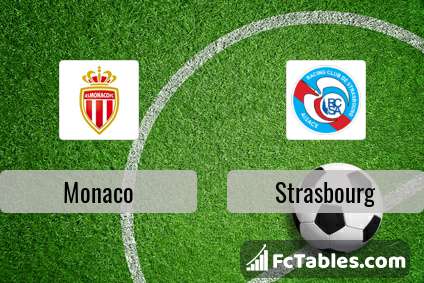 The match Monaco-Strasbourg Ligue 1 will start today 19:00. Referee in the match will be Eric Wattellier.

Team Monaco is located in the middle of the table. (10 place). Monaco in 5 last matches (league + cup) have collected8 points. From 2 matches can't win a match. The best players Monaco in Ligue 1, who scored the most goals for the club: Wissam Ben Yedder 14 goals, Islam Slimani 7 goals, Gelson 4 goals. Players with the most assists: Wissam Ben Yedder 4 assists, Islam Slimani 8 assists, Gelson 1 assists.

Balde Diao Keita. They will not be able to play in the game due to suspension.

Team Strasbourg is located in the middle of the table. (12 place). Form team looks like this: In the last 5 matches (league + cup) gain 9 points. In this season games Ligue 1 the most goals scored players: Ludovic Ajorque 7 goals, Adrien Thomasson 6 goals, Lebo Mothiba 3 goals. They will have to be well guarded by defense Monaco. Players Ludovic Ajorque 3 assists, Adrien Thomasson 1 assists, Lebo Mothiba 3 assists will have to be very well guarded by defenders Monaco, because they have the most assists. 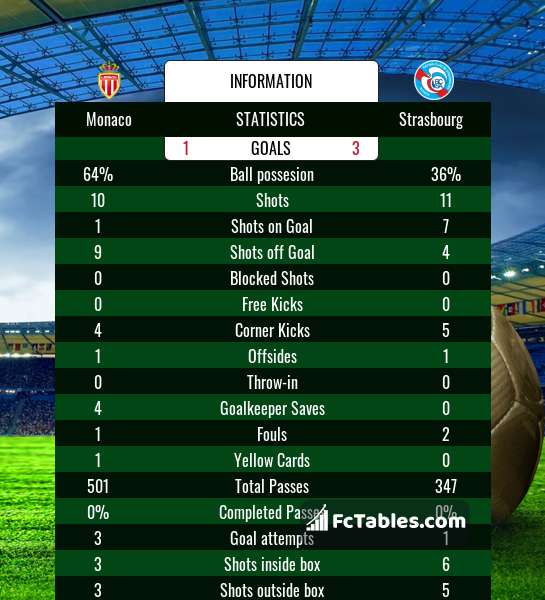 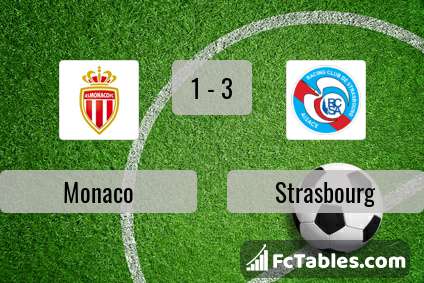