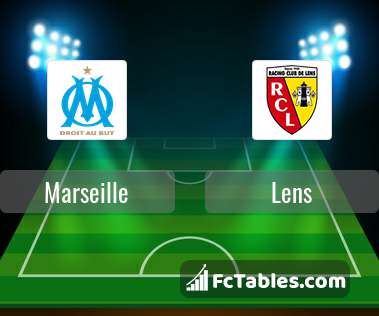 Kick off Marseille-Lens in Ligue 1 on today 18:45. Referee in the match will be Mikael Lesage.

Team Marseille is at the top place in the table (2 place). In 5 last games (league + cup) Marseille get 11 points. Players Marseille in Ligue 1 with the highest number of goals: Cengiz Under 3 goals, Dimitri Payet 3 goals, Ahmadou Bamba Dieng 3 goals.

Team Lens is located in the middle of the table. (6 place). In 5 last games (league + cup) Lens get 10 points. To defend Marseille the most demanding players will be Seko Fofana 3 goals, Ignatius Knepe Ganago 2 goals, Przemyslaw Frankowski 1 goals, because this season they scored the most goals for Lens of the entire composition. Players with the most assists: , Przemyslaw Frankowski 3 assists.

Kevin Danso. They will not be able to play in the game due to suspension. 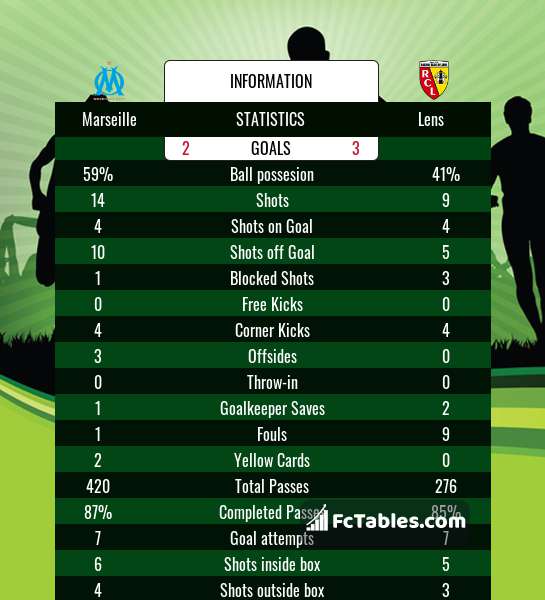 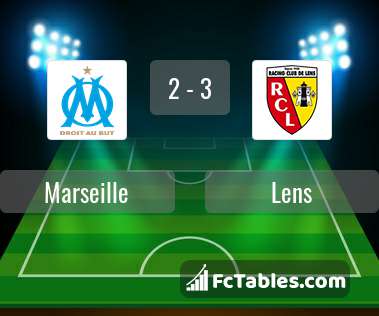