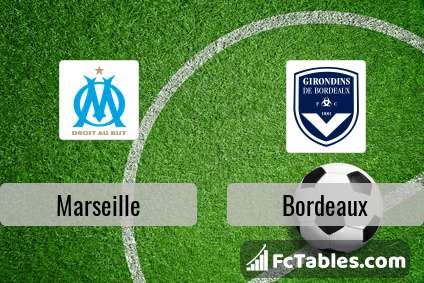 Kick off Marseille-Bordeaux in Ligue 1 on today 19:00. Referee in the match will be Frank Schneider.

Players Dimitri Payet will not be able to play in the match because of suspension (cards, etc.)

Team Bordeaux is located in the middle of the table. (9 place). In 5 last matches (league + cup) team gain 8 points. Bordeaux has not been defeated from 2 matches. The most goals in Ligue 1 for Bordeaux scored: Samuel Kalu 2 goals, Toma Basic 2 goals, Remi Oudin 1 goals.

In Bordeaux not occur in the match due to injury: Mexer, Samuel Kalu. 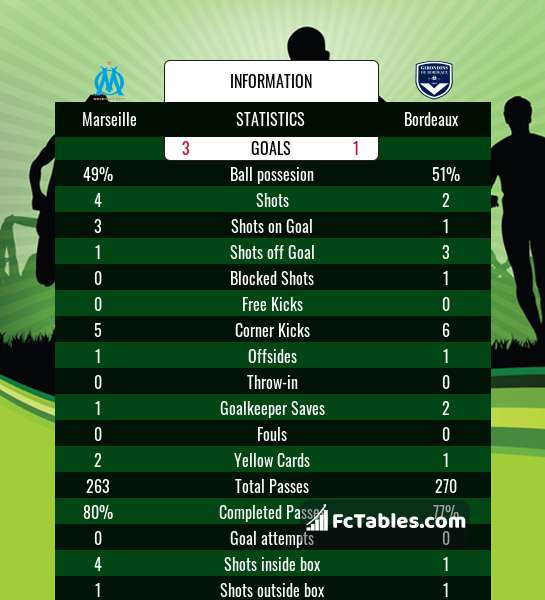 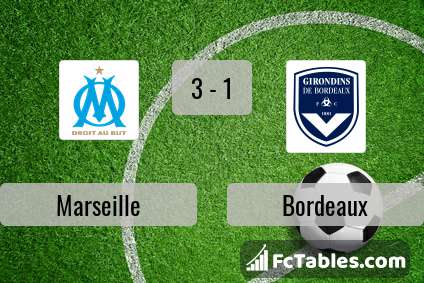