The match Maritimo-Aves Liga ZON Sagres will start today 15:00. Referee in the match will be .

Team Maritimo is located in the middle of the table. (13 place). In 5 last games (league + cup) Maritimo get 8 points. Maritimo from 3 matches can not beat any rival. From 6 matches at home no lost a match. Players Maritimo in Liga ZON Sagres with the highest number of goals: Rodrigo Pinho 4 goals, Daizen Maeda 3 goals, Getterson 3 goals. 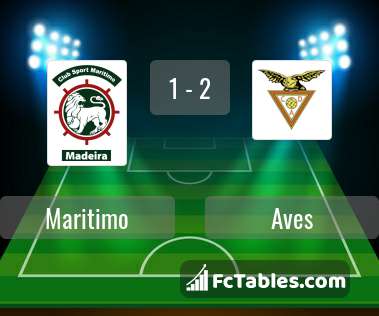