In Manchester City not occur in the match due to injury: Vincent Kompany, Fernando, Fabian Delph.

In Celtic not occur in the match due to injury: Scott Sinclair, Eoghan O'Connell, Kieran Tierney. 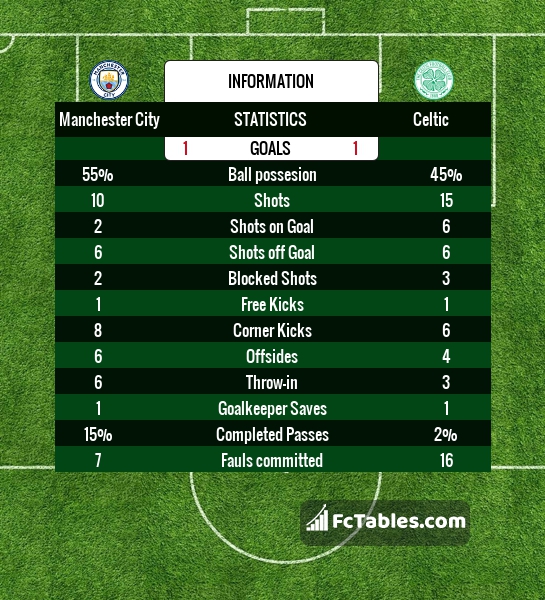 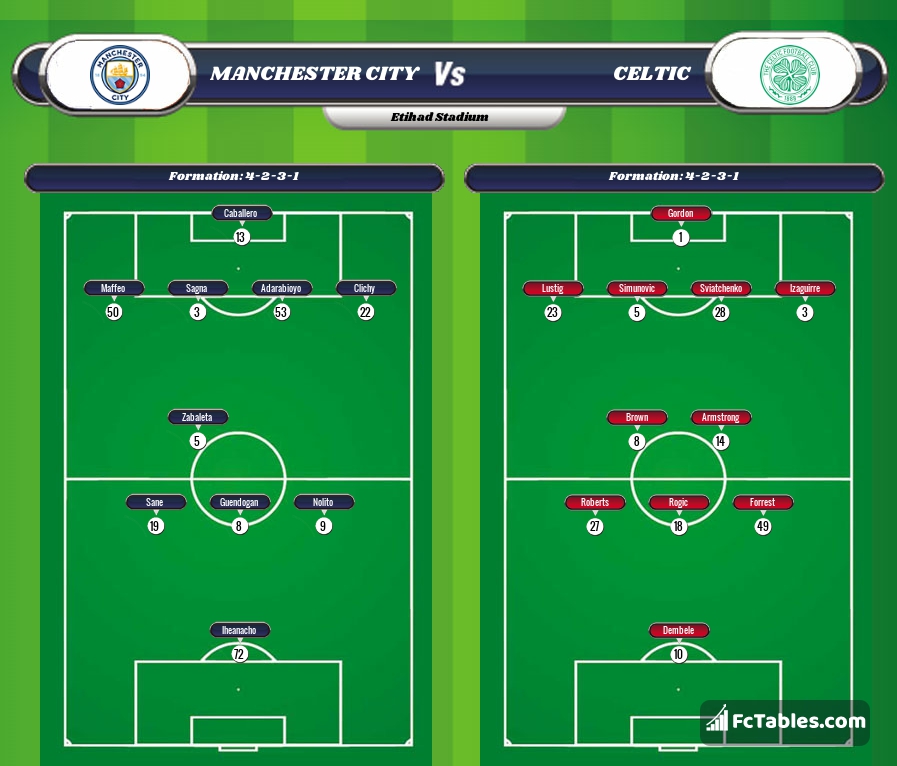