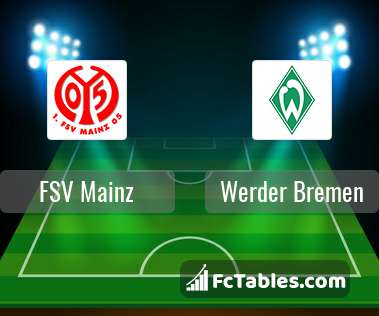 Kick off FSV Mainz-Werder Bremen in 1. Bundesliga on today 17:00. Referee in the match will be Guido Winkmann.

Team Werder Bremen is located in the middle of the table. (6 place). Form team looks like this: In the last 5 matches (league + cup) gain 9 points. Leading players Werder Bremen in 1. Bundesliga is: Maximilian Eggestein 4 goals, Davy Klaassen 2 goals, Max Kruse 2 goals. Players , Davy Klaassen 2 assists, Max Kruse 1 assists will have to be very well guarded by defenders FSV Mainz, because they have the most assists.

In Werder Bremen not occur in the match due to injury: Ole Kaeuper, Aron Johannsson, Fin Bartels, Stefanos Kapinos. 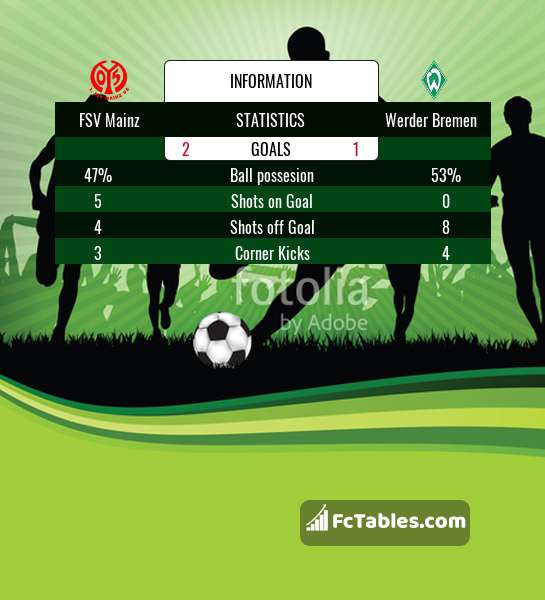 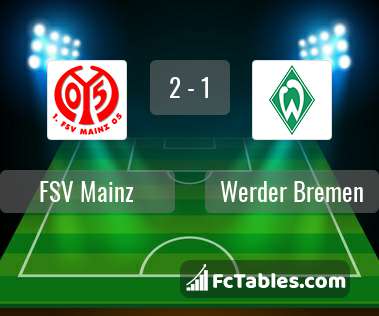