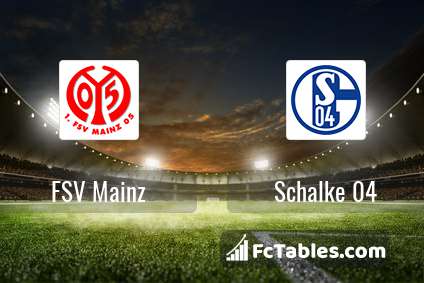 Kick off FSV Mainz-Schalke 04 in 1. Bundesliga on today 14:30. Referee in the match will be Sven Jablonski.

Team FSV Mainz is located in the middle of the table. (11 place). FSV Mainz in 5 last matches (league + cup) have collected6 points. FSV Mainz from 3 matches can not beat any rival. Players FSV Mainz in 1. Bundesliga with the highest number of goals: Jean-Philippe Mateta 6 goals, Robin Quaison 5 goals, Daniel Brosinski 2 goals. Players Jean-Philippe Mateta 1 assists, Robin Quaison 3 assists, Daniel Brosinski 5 assists will have to be very well guarded by defenders Schalke 04, because they have the most assists.

Team Schalke 04 is located in the middle of the table. (14 place). In 5 last matches (league + cup) team gain 5 points. From 4 matches can't win a match. The best players Schalke 04 in 1. Bundesliga, who scored the most goals for the club: Daniel Caligiuri 4 goals, Steven Skrzybski 3 goals, Nabil Bentaleb 3 goals. Players with the most assists: Daniel Caligiuri 2 assists, Steven Skrzybski 1 assists.

Suat Serdar. They will not be able to play in the game due to suspension. 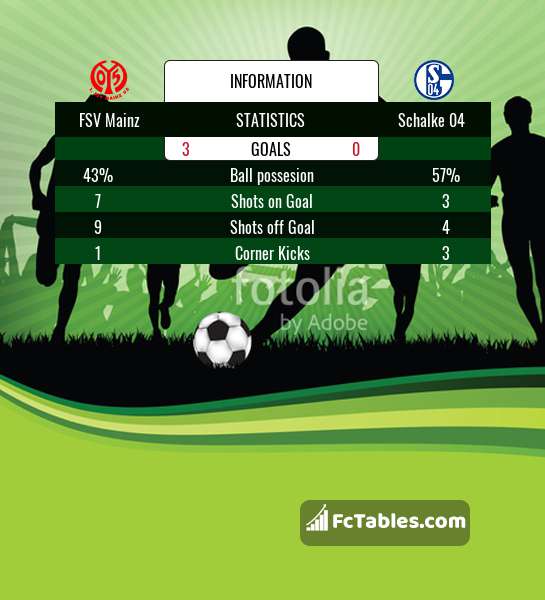 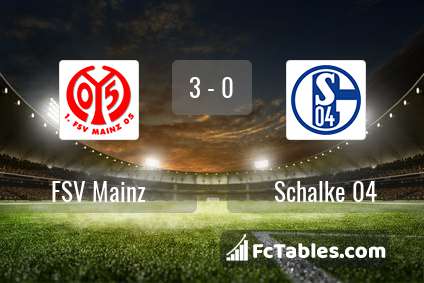