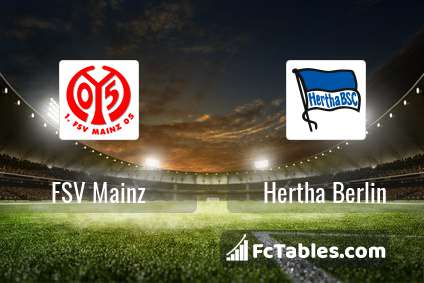 Kick off FSV Mainz-Hertha Berlin in 1. Bundesliga on today 16:00. Referee in the match will be Sascha Stegemann.

Team FSV Mainz is located in the middle of the table. (12 place). FSV Mainz in 5 last matches (league + cup) have collected13 points. From 7 matches no lost a match. Players FSV Mainz in 1. Bundesliga with the highest number of goals: Jean-Philippe Mateta 7 goals, Robin Quaison 4 goals, Moussa Niakhate 3 goals. Players Jean-Philippe Mateta 1 assists, Robin Quaison 1 assists, Moussa Niakhate 1 assists will have to be very well guarded by defenders Hertha Berlin, because they have the most assists.

Team Hertha Berlin is in the releagtion zone of the table. 17 position. In 5 last games (league + cup) Hertha Berlin get 8 points. From 10 matches away can't win a match. Not lost the match from 3 games. In this season games 1. Bundesliga the most goals scored players: Matheus Cunha 7 goals, Jhon Cordoba 7 goals, Krzystof Piatek 6 goals. They will have to be well guarded by defense FSV Mainz. Most assists in the club have: Matheus Cunha 4 assists, Jhon Cordoba 1 assists, Krzystof Piatek 1 assists.

Direct matches: usually ended with winning of Hertha Berlin. Balace of both teams games are: 8 won FSV Mainz, 8 wins Hertha Berlin, 9 draws. In 12 matches the sum of the goals both teams was greater than 2.5 (Over 2.5). On the other hand, 19 matches teams scored more than 1.5 goals (Over 1.5). In 15 matches the both teams have shot at least one goal. 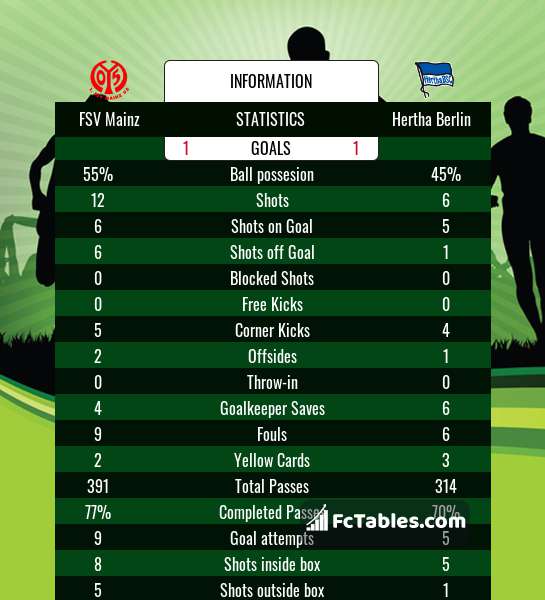 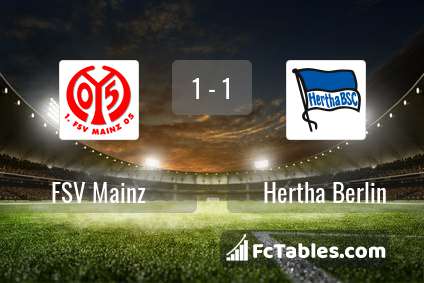 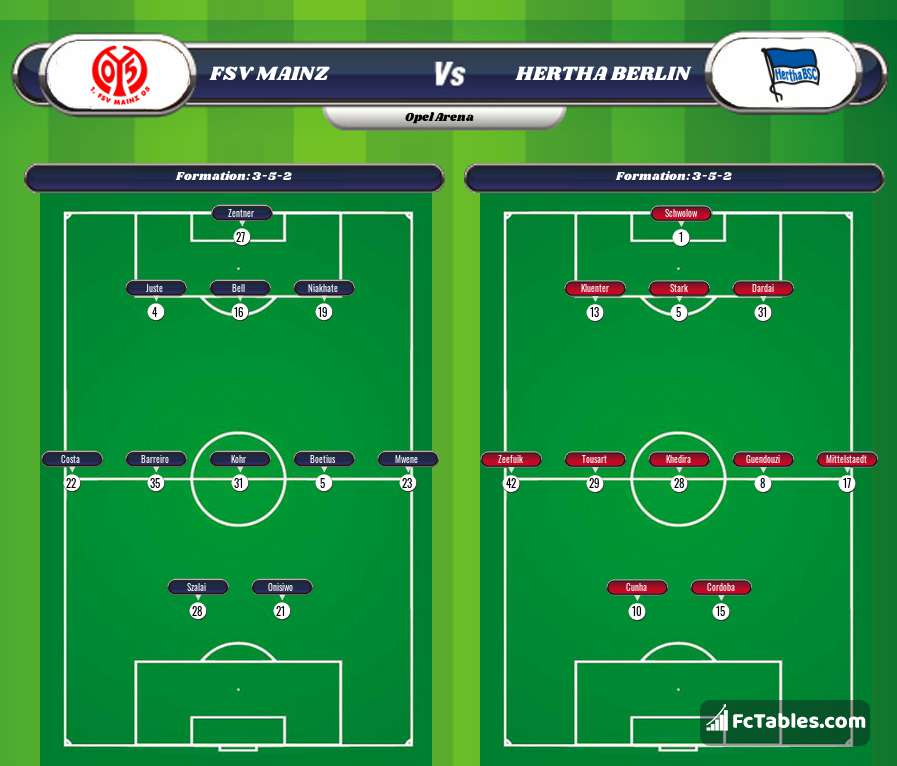