The match Lyon-Rennes Ligue 1 will start today 18:00. Referee in the match will be Johan Hamel.

Players Rafael will not be able to play in the match because of suspension (cards, etc.)

Team Rennes is located in the middle of the table. (14 place). In 5 last games (league + cup) Rennes get 5 points. Rennes did not win the match from 3 games. Not lost the match away from 4 games. Leading players Rennes in Ligue 1 is: Ismaila Sarr 5 goals, Benjamin Bourigeaud 2 goals, Clement Grenier 2 goals. Most assists in the club have: , Benjamin Bourigeaud 2 assists, Clement Grenier 2 assists.

In Rennes not occur in the match due to injury: Ludovic Baal, Romain Danze. 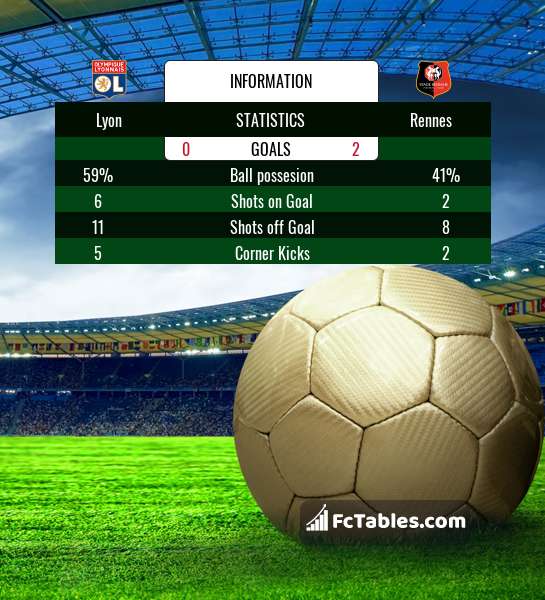