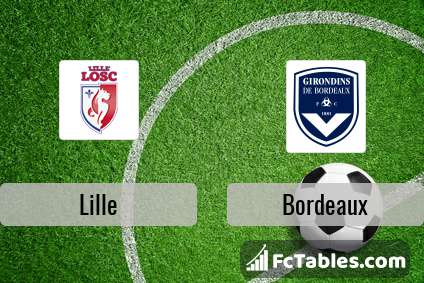 Team Lille is at the top place in the table (2 place). In 5 last games (league + cup) Lille get 9 points. Not lost the match from 6 games. Players Lille in Ligue 1 with the highest number of goals: Nicolas Pepe 20 goals, Jonathan Bamba 12 goals, Rafael Leao 8 goals. Most assists in the club have: Nicolas Pepe 11 assists, Jonathan Bamba 1 assists, Rafael Leao 2 assists.

In Bordeaux not occur in the match due to injury: Igor Lewczuk, Andreas Cornelius, Samuel Kalu, Aurelien Tchouameni, Josh Maja.

The match will not occur Vukasin Jovanovic because they are suspended (cards, etc.).

Direct matches: usually ended with winning of Bordeaux. Balace of both teams games are: 12 won Lille, 16 wins Bordeaux, 15 draws. In 17 matches the sum of the goals both teams was greater than 2.5 (Over 2.5). On the other hand, 28 matches teams scored more than 1.5 goals (Over 1.5). In 22 matches the both teams have shot at least one goal. 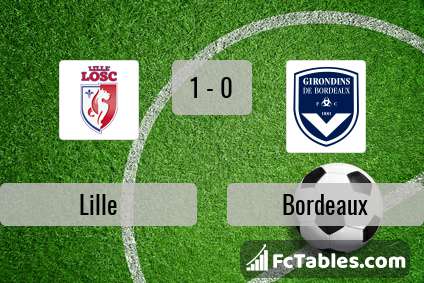 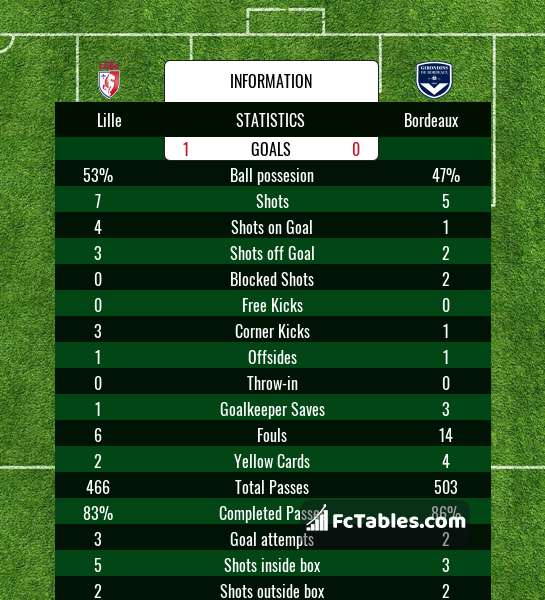