Kick off Levante-Real Betis in La Liga on today 12:00. Referee in the match will be Jaime Latre.

Team Levante is located in the middle of the table. (12 place). Levante in 5 last matches (league + cup) have collected6 points. Levante did not win the match at home from 3 games. The most goals in La Liga for Levante scored: Roger 11 goals, Borja Mayoral 6 goals, Enis Bardi 3 goals. Most goals developed: , Borja Mayoral 1 assists, Enis Bardi 2 assists.

The match will not occur Nikola Vukcevic because they are suspended (cards, etc.).

Players Emerson Junior will not be able to play in the match because of suspension (cards, etc.) 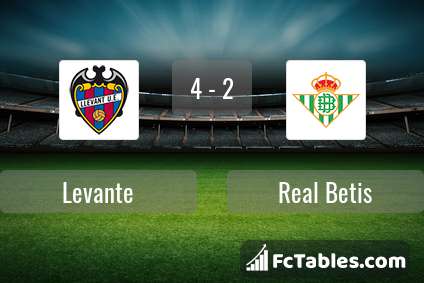