Kick off Levante-Athletic Bilbao in La Liga on today 20:00. Referee in the match will be Isidro Escuderos.

Team Levante is located in the middle of the table. (8 place). Levante in 5 last matches (league + cup) have collected8 points. Levante did not win the match at home from 4 games. Levante has not been defeated from 2 matches. The most goals in La Liga for Levante scored: Jose Luis Morales 10 goals, Roger 9 goals, Gonzalo Melero 4 goals. Most goals developed: Jose Luis Morales 3 assists, Roger 2 assists, Gonzalo Melero 1 assists.

In Levante not occur in the match due to injury: Nemanja Radoja, Enis Bardi, Sergio Postigo, Gonzalo Melero, Jose Campana.

The match will not occur Ruben Vezo because they are suspended (cards, etc.).

Unai Lopez, Dani Garcia. They will not be able to play in the game due to suspension.

Direct matches: usually ended with winning of Athletic Bilbao. Balace of both teams games are: 6 won Levante, 17 wins Athletic Bilbao, 3 draws. In 17 matches the sum of the goals both teams was greater than 2.5 (Over 2.5). On the other hand, 22 matches teams scored more than 1.5 goals (Over 1.5). In 14 matches the both teams have shot at least one goal. 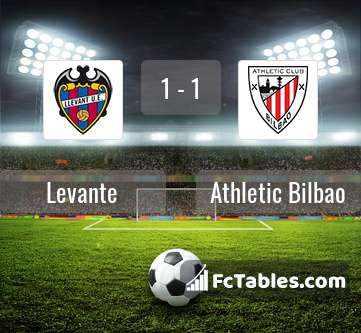 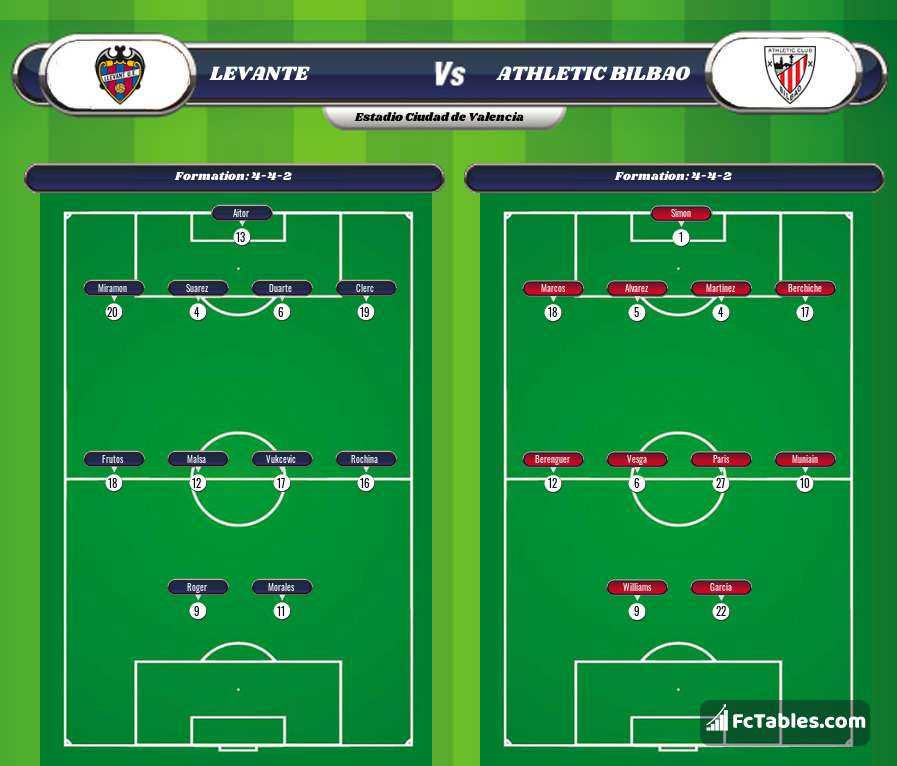