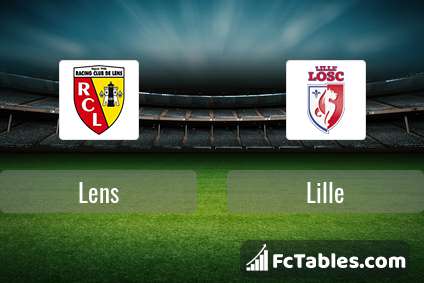 The match Lens-Lille Ligue 1 will start today 19:00. Referee in the match will be Clement Turpin.

Team Lens is at the top place in the table (5 place). In 5 last games (league + cup) Lens get 8 points. at home from 7 matches team have not been defeated. To defend Lille the most demanding players will be Gael Kakuta 11 goals, Florian Sotoca 8 goals, Arnaud Kalimuendo-Muinga 7 goals, because this season they scored the most goals for Lens of the entire composition. Players with the most assists: Gael Kakuta 5 assists, Florian Sotoca 3 assists, Arnaud Kalimuendo-Muinga 3 assists.

Issiaga Sylla. They will not be able to play in the game due to suspension.

Team Lille is at the top place in the table (1 place). In 5 last games (league + cup) Lille get 13 points. Not lost the match away from 12 games. Players Lille in Ligue 1 with the highest number of goals: Burak Yilmaz 13 goals, Jonathan David 11 goals, Yusuf Yazici 7 goals. Most assists in the club have: Burak Yilmaz 5 assists, Jonathan David 2 assists, Yusuf Yazici 5 assists.

Players Benjamin Andre will not be able to play in the match because of suspension (cards, etc.)

Direct matches: usually ended with winning of Lille. Balace of both teams games are: 5 won Lens, 12 wins Lille, 8 draws. In 11 matches the sum of the goals both teams was greater than 2.5 (Over 2.5). On the other hand, 18 matches teams scored more than 1.5 goals (Over 1.5). In 15 matches the both teams have shot at least one goal. 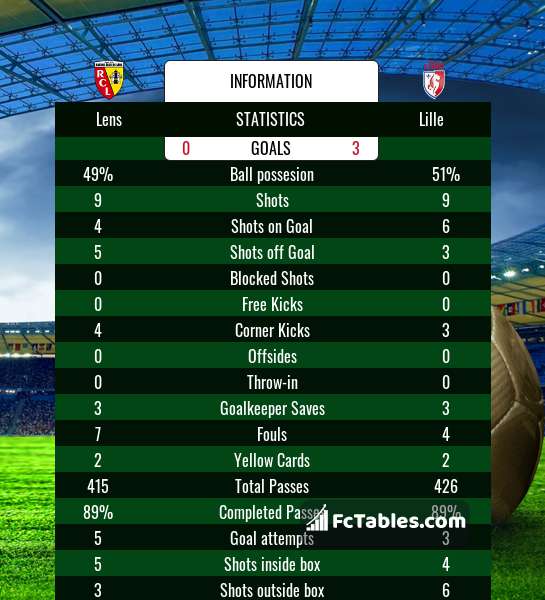 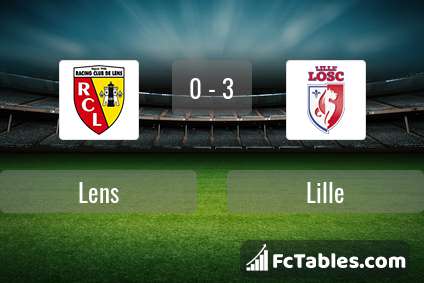 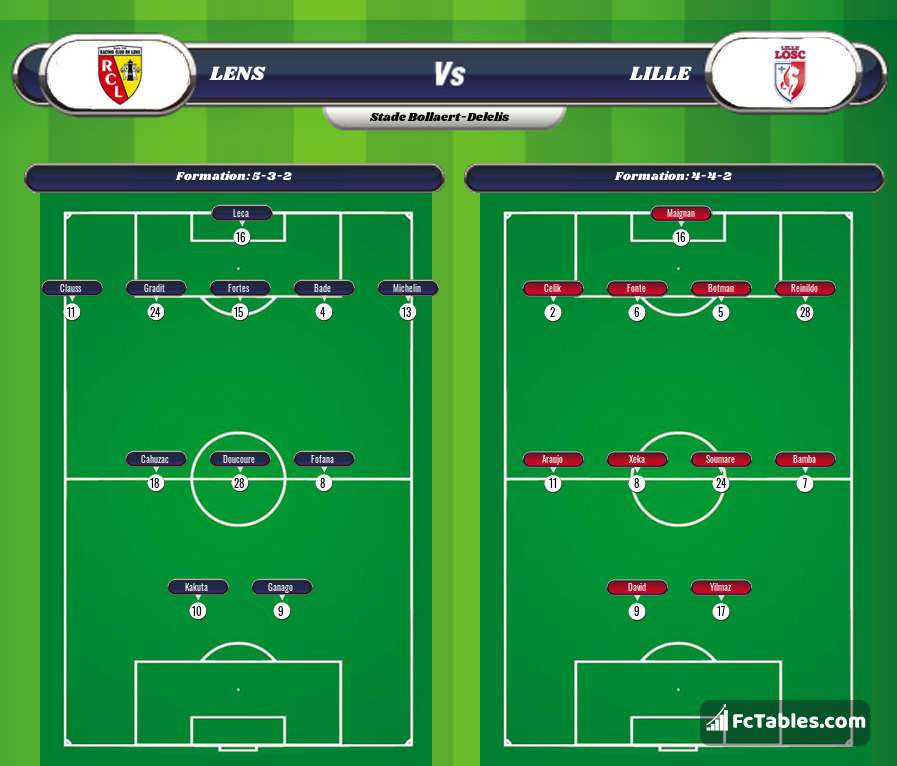