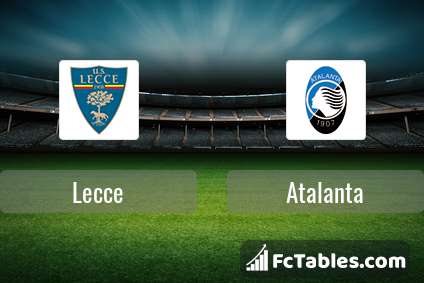 The match Lecce-Atalanta Serie A will start today 14:00. Referee in the match will be Davide Massa.

Team Lecce currently is on lower place in table (16 position). In 5 last matches (league + cup) team gain 9 points. From 3 matches at home no lost a match. In this season games Serie A the most goals scored players: Marco Mancosu 8 goals, Gianluca Lapadula 7 goals, Filippo Falco 3 goals. They will have to be well guarded by defense Atalanta. Players Marco Mancosu 1 assists, Filippo Falco 3 assists will have to be very well guarded by defenders Atalanta, because they have the most assists.

Team Atalanta is at the top place in the table (4 place). Atalanta in 5 last matches (league + cup) have collected10 points. From 4 matches no lost a match. Players Atalanta in Serie A with the highest number of goals: Josip Ilicic 14 goals, Luis Muriel 12 goals, Duvan Zapata 8 goals. Players Josip Ilicic 3 assists, Duvan Zapata 5 assists will have to be very well guarded by defenders Lecce, because they have the most assists. 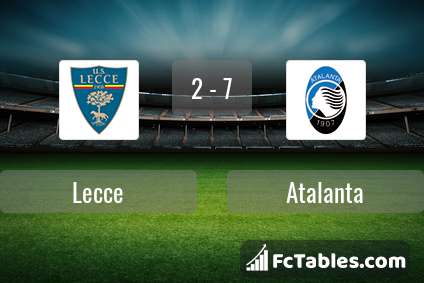