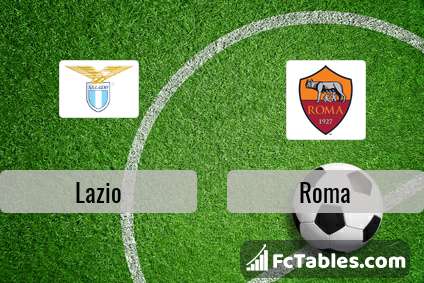 The match Lazio-Roma Serie A will start today 19:45. Referee in the match will be Daniele Orsato.

Team Lazio is located in the middle of the table. (8 place). In 5 last games (league + cup) Lazio get 10 points. Not lost the match from 3 games. Leading players Lazio in Serie A is: Ciro Immobile 11 goals, Felipe Caicedo 6 goals, Luis Alberto 4 goals. Most assists in the club have: Ciro Immobile 2 assists.

In Lazio not occur in the match due to injury: Silvio Proto, Mohamed Fares.

Team Roma is at the top place in the table (3 place). Last 5 games (league + cup) finished balance 10 points. Roma has not been defeated from 4 matches. The best players Roma in Serie A, who scored the most goals for the club: Henrik Mkhitaryan 8 goals, Jordan Veretout 7 goals, Edin Dzeko 7 goals. Most goals developed: Henrik Mkhitaryan 8 assists, Jordan Veretout 1 assists. 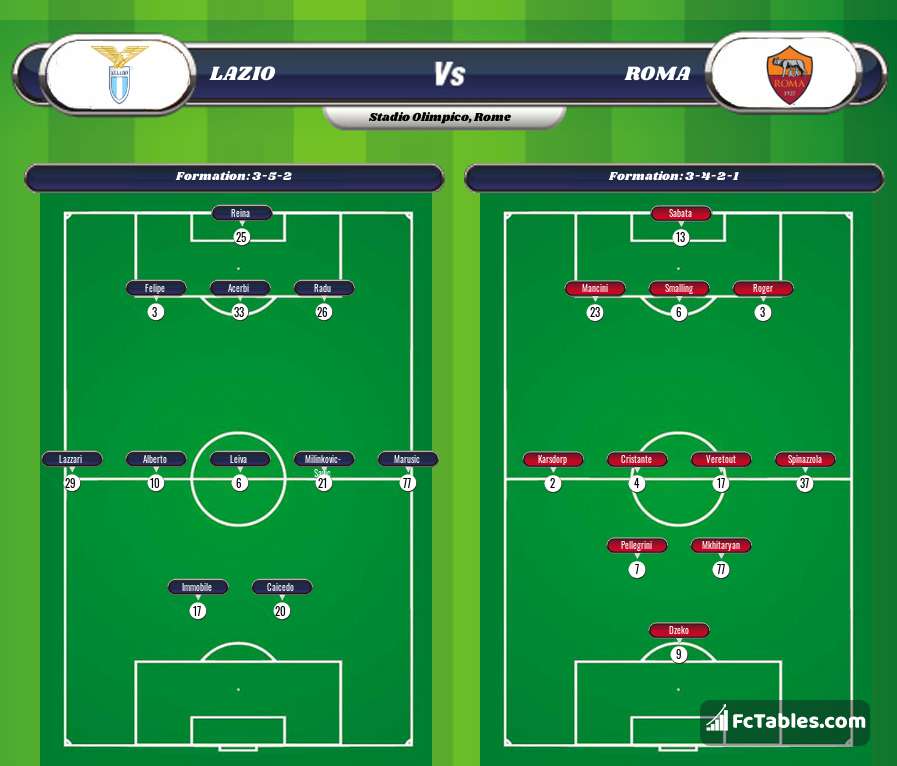